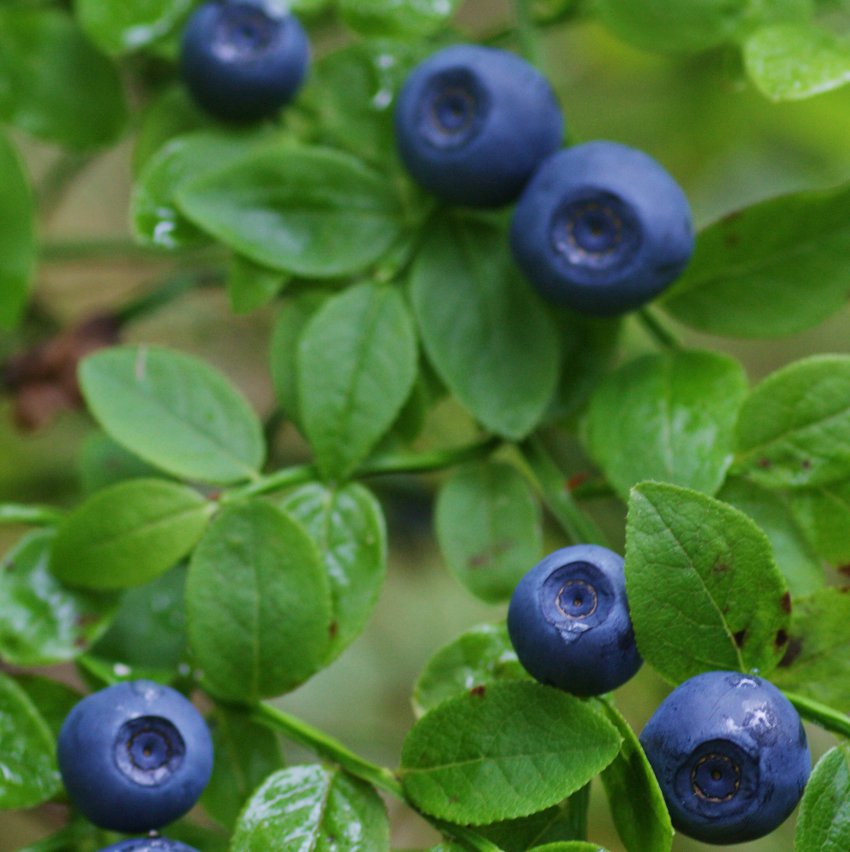 Bilberry (Vaccinium myrtillus), usually simply referred also as whortleberry. It is sometimes called Common Bilberry, to distinguish it from its Vaccinium relatives. It's found in Europe, northern Asia, Greenland, Western Canada, and the Western United States. Bilberry has been used for nearly 1,000 years in traditional European medicine. It has much in common with the American blueberry and, with it's very dark flesh, is one of the richest natural sources of anthocyanins.
The bilberry fruit is commonly used to make pies, jams and other food. Bilberry leaf is used for different conditions, including diabetes. It is used as a medicinal plant. Vaccinium myrtillus fruits have been used in the traditional Austrian medicine internally (directly or as tea or liqueur). When cooked as a dessert, bilberries have a much stronger and more tart flavor than blueberries.
Bilberries are found in acidic, nutrient-poor soils throughout the temperate and subarctic regions of the world. Untreated. Zone 2-7.