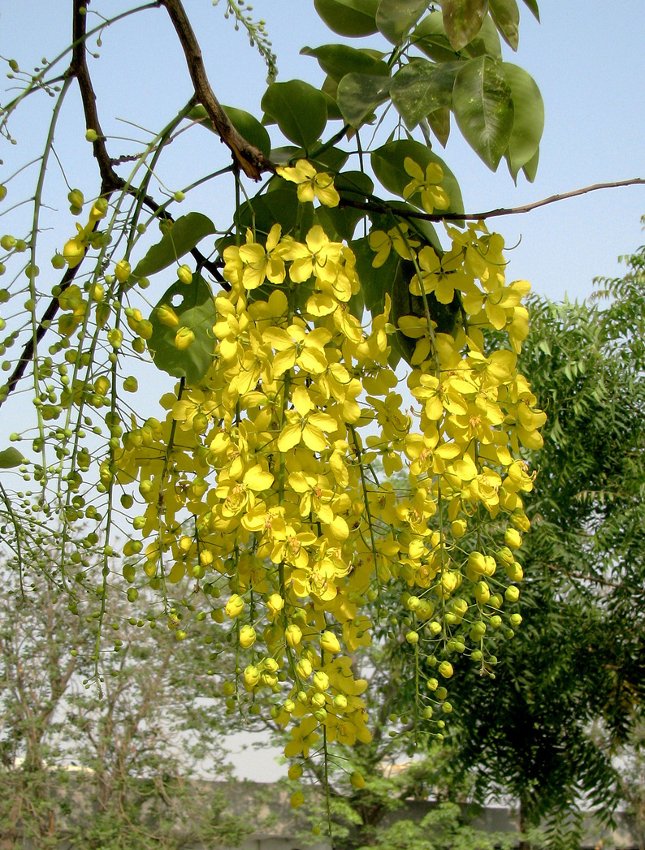 Cassia fistula is a fast-growing, medium-sized, deciduous shrub which can grow to an about 18 ft tall tree when mature. Leaves are compound, with 4-8 pairs of opposite leaflets. It produces flowers which are golden yellow and hang in showering bunches of up to 16 in long earning its common name of "Gold Shower Tree." The flowers appear when the branches are bare, just before the new leaves emerge and are a favorite of bees and butterflies. The blooms are followed by the production of two-foot-long, dark brown, cylindrical, woody seed pods which persist on the tree throughout the winter before falling to litter the ground. Cassia fistula is cultivated as an ornamental tree for its beautiful showy yellow flowers. Zones 9 – 11 or as a bonsai container plant.