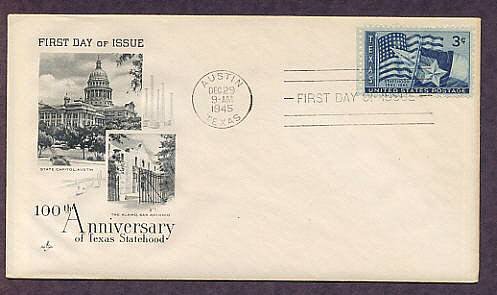 The central design of the stamp depicts the American flag with a ray shining from the 28th star to the single star on the Texas State flag.