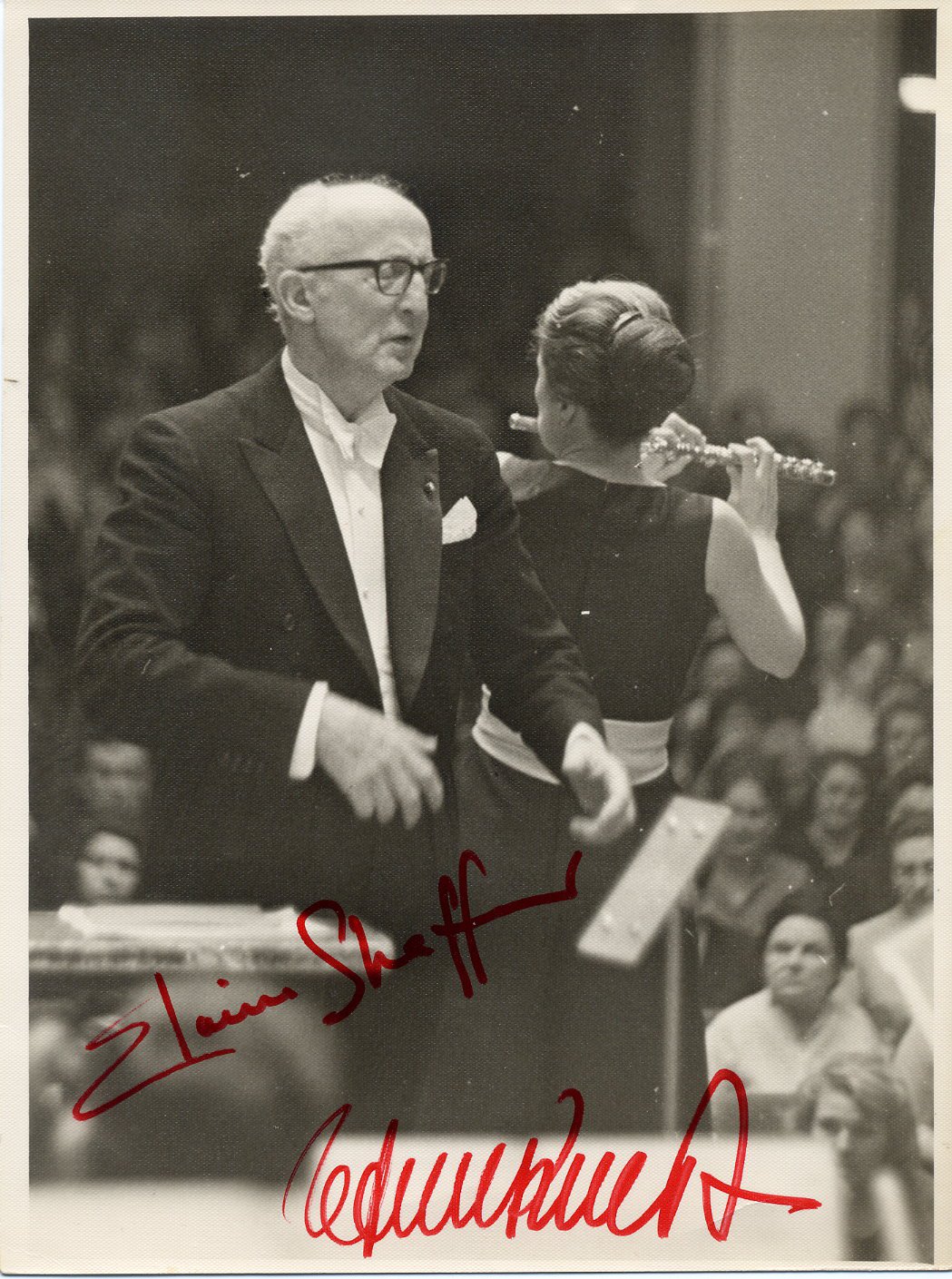 Tweet
ELAINE SHAFFER (1925-1973), an American flutist and principal of the Houston Symphony Orchestra between 1948 and 1953
&
EFREM KURTZ (1900-1995), a Russian conductor. He studied at the Saint Petersburg conservatory with Alexander Glazunov and Nikolai Tcherepnin, among others. He later studied in Riga, Berlin and in Leipzig, in the last city as a pupil of Arthur Nikisch.

Kurtz made his conducting debut when he substituted for an ill Nikisch to accompany the dancer Isadora Duncan on tour. This led to a number of concerts with the Berlin Philharmonic. From 1924 to 1933 he conducted the Stuttgart Philharmonic, and in 1928, Kurtz was enagaged by Anna Pavlova to accompany her dancing, which he did until her death in 1931. From 1932 to 1942 he was conductor of the Ballet Russe de Monte Carlo.