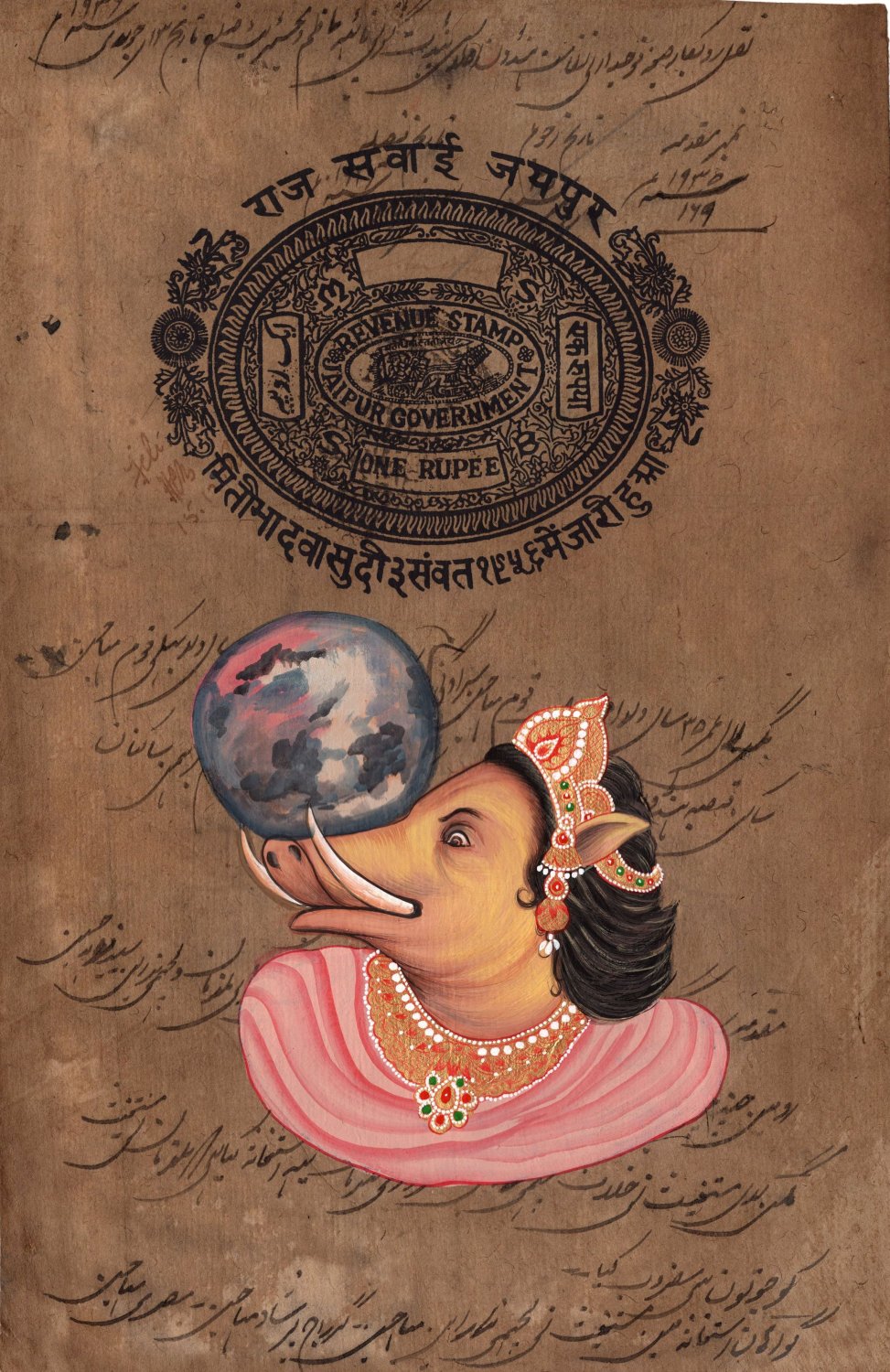 This Hindu painting of Varaha will make an impressive addition and provide a noble impression to your cherished art collection.

According to Indian mythology, plants and animals once began to breed on Earth in such profusion that it could not bear the burden, fell into the Underworld and plunged into the waters. In order to save the world, Vishnu turned into a giant boar in his third incarnation and descended to the Underworld.

He hooked the earth with his tusk, pushed it to the surface and set it amid the ocean in such a way that it could never fall down again. The boar then fought and defeated the demon Hiranyaksha, Ruler of the Underworld, who tried to interfere with his work of saving the world and its inhabitants.

Don’t miss out on this exclusive artwork of the third incarnation of Vishnu, Varaha. Buy it now.