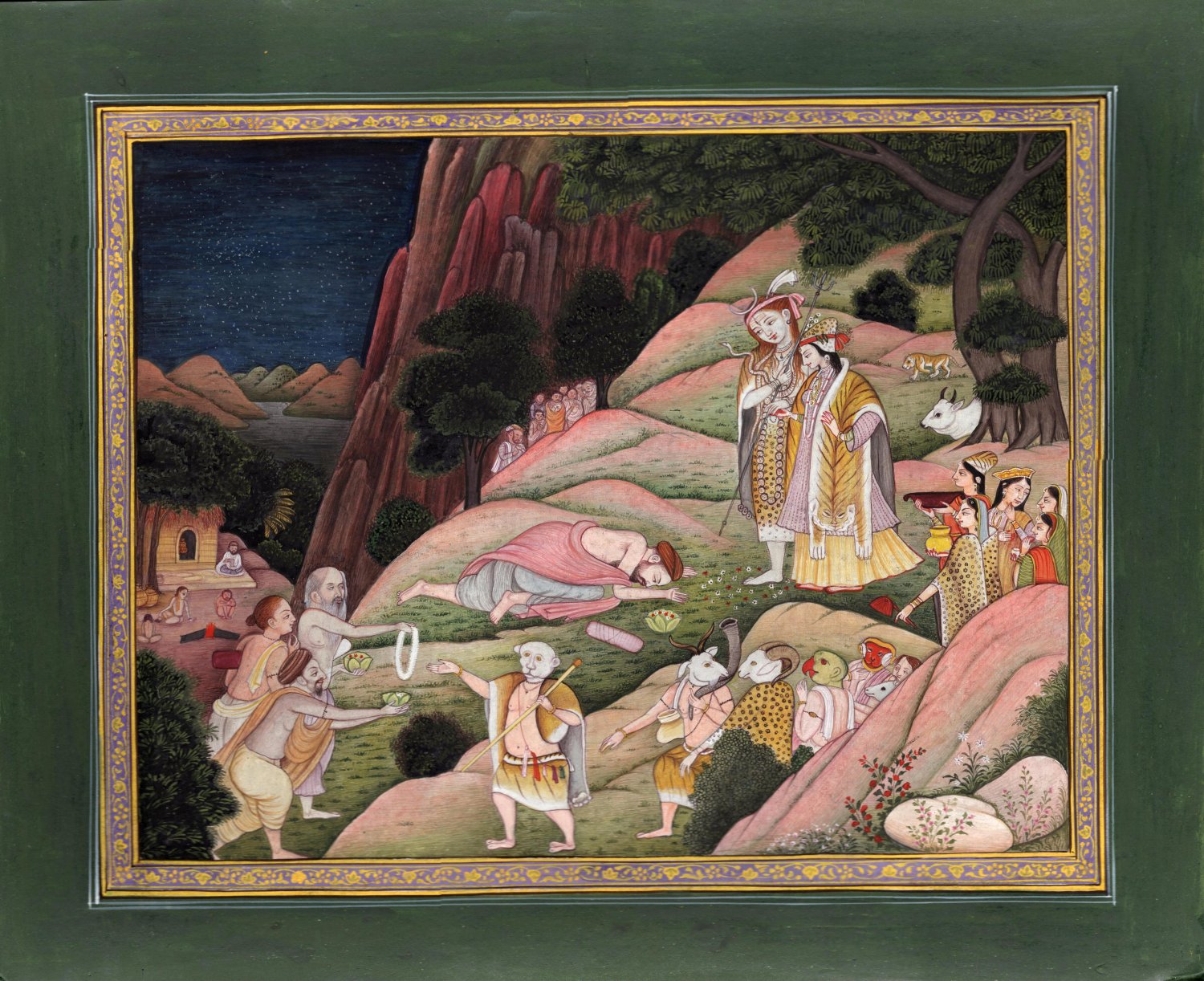 To correctly perceive reality, the yoga practitioner must first settle the body. Though yogis might establish their seats anywhere, the inherent power of certain places was understood to increase the fruits of practice. Among the most perennially potent were mountain peaks, the confluence of rivers, remote caves, isolated huts (kuti), verdant hermitages (ashrams), and cremation grounds.

In the Mughal atelier under Emperor Akbar (reigned 1556–1605), painters began to represent yogis within detailed and symbolically charged settings. These pictorial imaginings of place were typically tranquil and verdant. More unusual were images of the large, bustling monastic communities in which many yogis spent some time or lived; the icy landscapes of Himalayan pilgrimage.

The featured art depicts yogis leaving their ashram (communal spaces of hermitage) and ascending Mount Kailash to honor Shiva as Yogeshvara (the lord of yogis) and his wife Parvati under a brilliantly starry sky. The ash white Shiva, whose entourage includes celestial beauties and animal-headed musicians rendered with visionary clarity, affectionately gazes toward the sages for whom he is the yogic archetype. The three ascetics who eagerly lean forward with flower-garland and leaf-cup offerings organically connect the ashram in the lower valley with the clearing in which the gods appear, emphasizing that it too is suffused with the sacred.