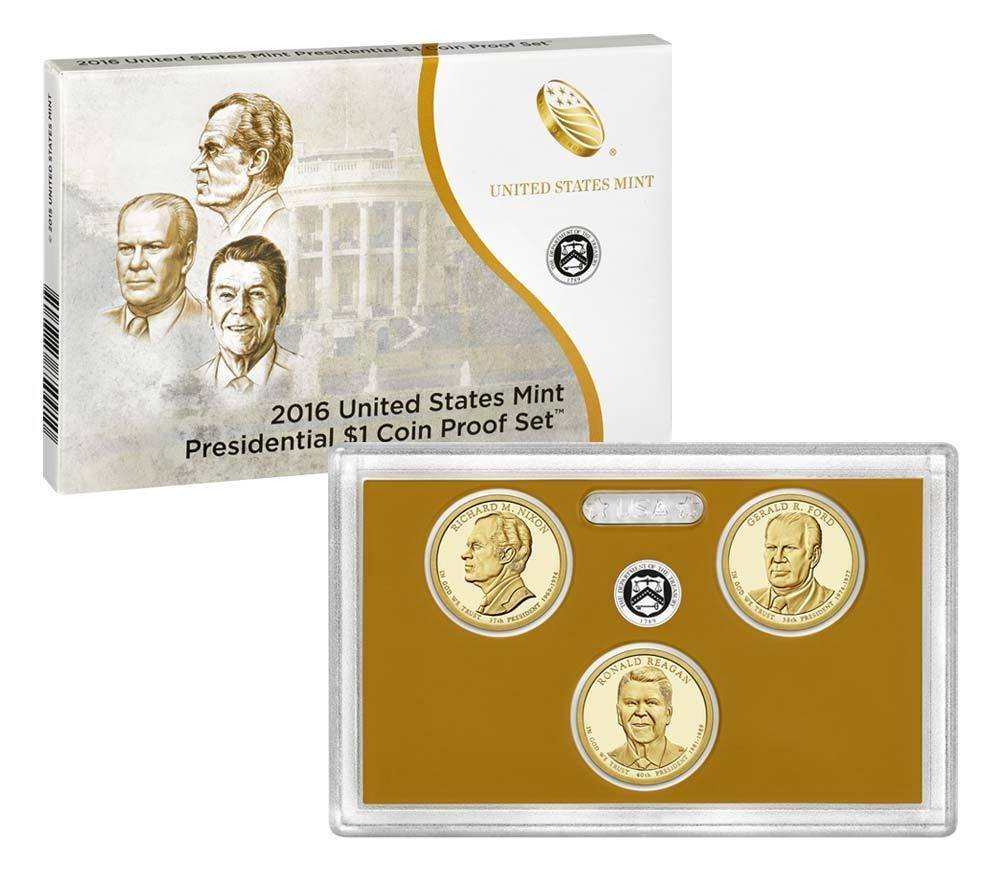 This set features all three 2016 Presidential $1 proof Coins. U.S. Mint proof coins feature sharp relief and a mirror–like background. Their frosted, sculpted foregrounds give them a special cameo effect. Proof blanks are specially treated, polished and cleaned to ensure high–quality strikes. The blanks are then fed into presses fitted with specially polished dies and struck at least twice to ensure sharp relief. The coins are then packaged in a protective lens to showcase and maintain their exceptional finish.

Each coin has a common reverse (tails) design featuring a striking rendition of the Statue of Liberty. They feature large, dramatic artwork, as well as edge–incused inscriptions of the year of minting or issuance, “E PLURIBUS UNUM” and the mint mark. “IN GOD WE TRUST” appears on the face of the coins. The 2016 obverses (heads) of these coins honor these presidents:

Other Products from cesarmor (View All)