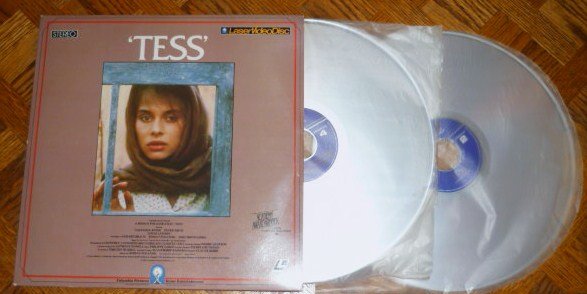 THIS IS A LASER DISC, not a DVD.

"Based on Thomas Hardy's 1891 novel "Tess of the D'Urbervilles." A beautiful young woman from a poor background meets with abuse from her upper class employer, hypocrisy from a clergyman who courts her and a triangle of betrayal between them. Academy Award Nominations: 6, including Best Picture, Best Director. Academy Awards: 3."

Outside USA buyers: MAIL QUOTE IS ESTIMATED. You may inquire what the rate will be to your destination prior to purchasing, as the amount may be much less...I'll update the cost on the invoice at that time.