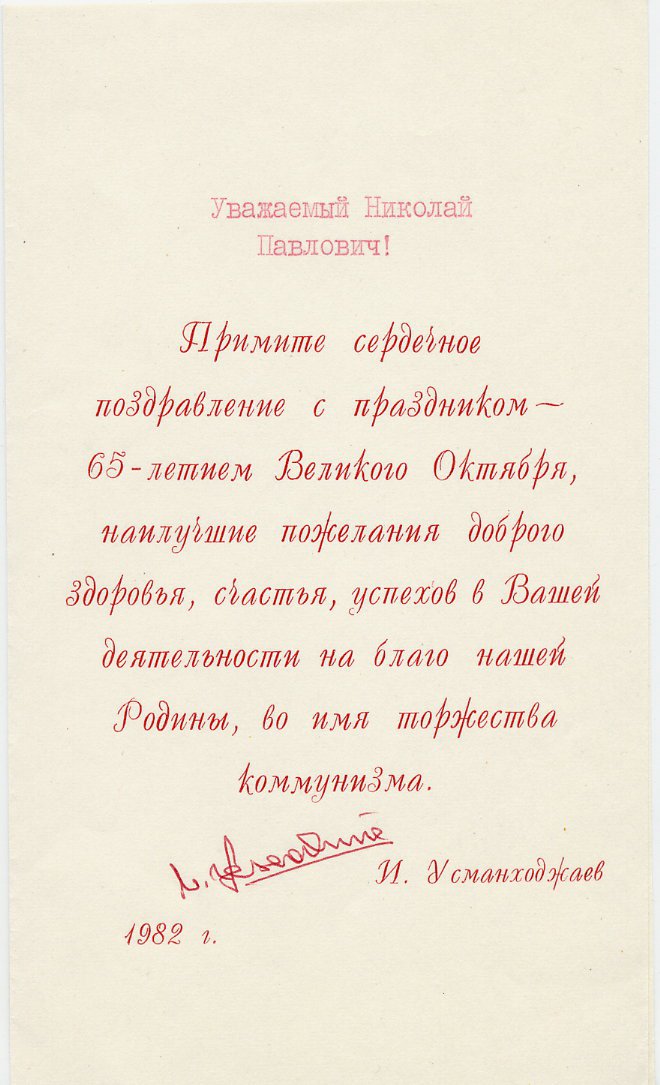 Usmonxo‘jayev succeeded Sharof Rashidov, who had been General Secretary since the 1950s. As orders from Moscow to grow more and more cotton spiraled in, the Uzbek government had respond by reporting miraculous growth in land irrigated and harvested, and record improvements in production and efficiency. Today it would seem that most of these records were falsified. Falsification of the results involved many officials in both Central Soviet Government in Moscow and Uzbekistan.

In 1986, it was announced that almost the entire party and government leadership of the republic had conspired in falsifying cotton production figures. A massive purge (only one minister survived the purge) of the Uzbek leadership was carried out, with prosecutors brought in from Moscow, leading to widespread arrests, executions, and suicides. It may never be known how high the corruption extended, as Leonid Brezhnev’s own son-in-law, Yuri Churbanov was implicated in the affair.