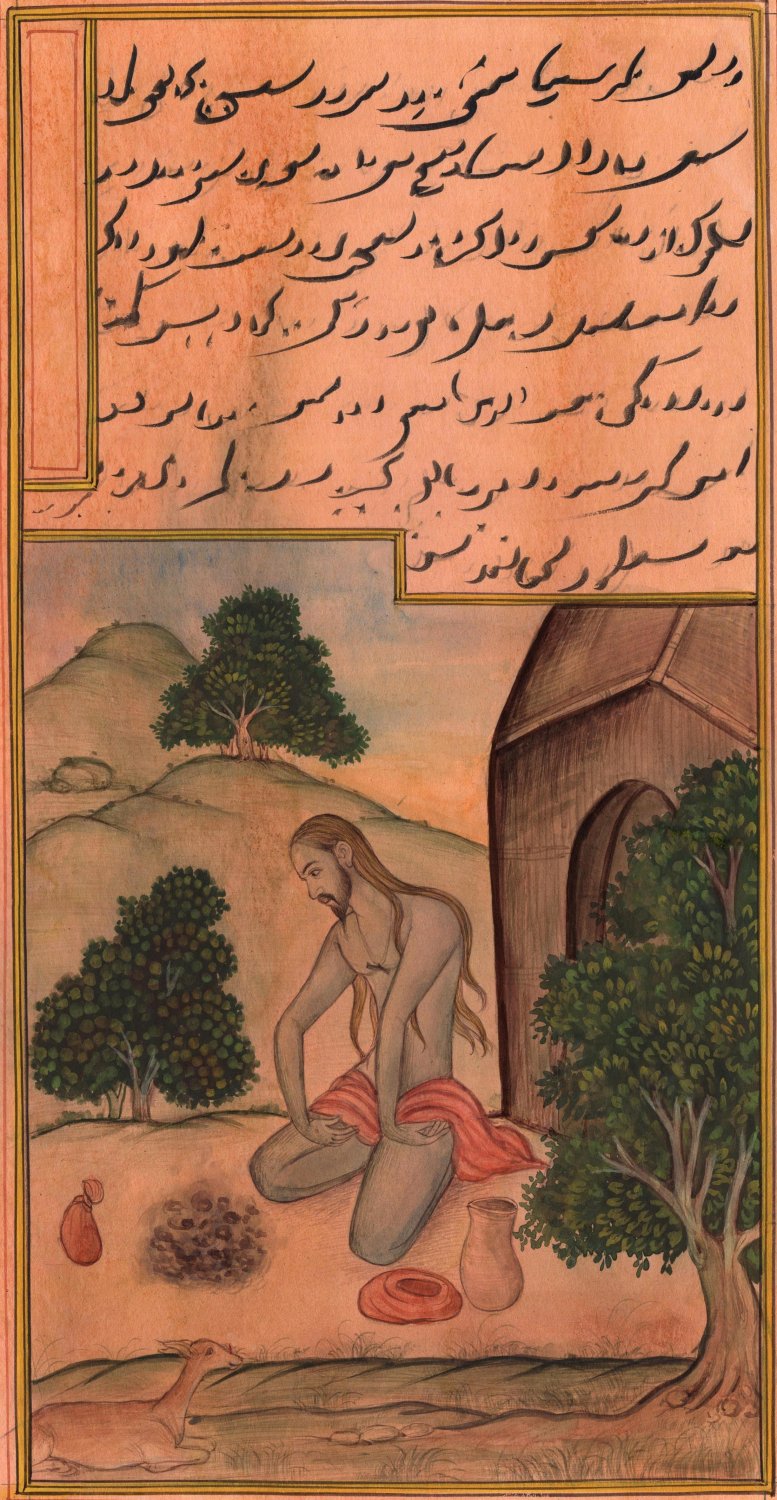 Yoga today is often identified with the practice of a broad range of bodily postures called asanas.The Sanskrit word asana (“aa-suhnuh”) is a noun meaning “the act of sitting down”. Until the end of the first millennium CE, when used in the context of yoga, asana referred to simple seated postures to be adopted for meditation.It is in the hatha method of yoga, which was codified in texts from the eleventh century onward, that the more complex, non-seated asanas that have become synonymous with yoga practice gain prominence.

This artwork is a modern handmade replica from the earliest known treatise to systematically illustrate yoga postures, the Bahr al-hayat (Ocean of Life), which dates to the turn of the seventeenth century. The original copy of this Persian text album resides in the Chester Beaty Library in Ireland.

It illustrates the Yoga Virasana. Virasana is a Sanskrit word that translates into Hero Pose. The conventional hero is the kind who fights for the world. He protects and safeguards his own. He sits still only once he has conquered his enemy. The yogic hero is meant to overcome his/her own inner turmoil. This asana does just that. Virasana is a balm for tired legs at the end of the day, as well as an alternative to Lotus for seated meditation.

Add this mesmerizing Virasana asana yoga painting to your collection. Buy it now.