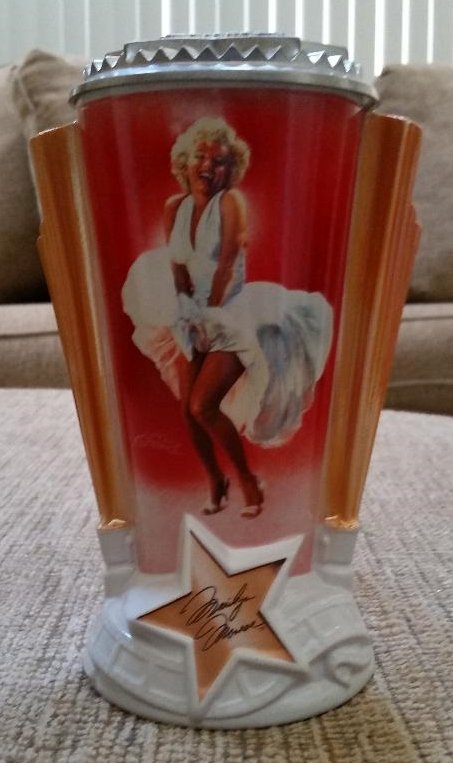 Tweet
This is a Marilyn Monroe "Seven Year Itch" Longton Crown Lidded Stein #A0620 from 1997!

Made in Brazil by Ceramarte. Stein features mementos from her glamorous career, including a 3-D sculpture of Mariyln and replicas of her famous autograph on the stein and pewter lid. Has been finished in a lusterware glaze. The pewter lid has a raised star with her signature and the thumbrest is like a "film strip". Individually numbered #A 3885.

1997 " THE SEVEN YEAR ITCH " lidded stein. Her most memorable role is featured when a subway sends her skirt billowing. Portrayed by celebrity artist Chris Notarile.