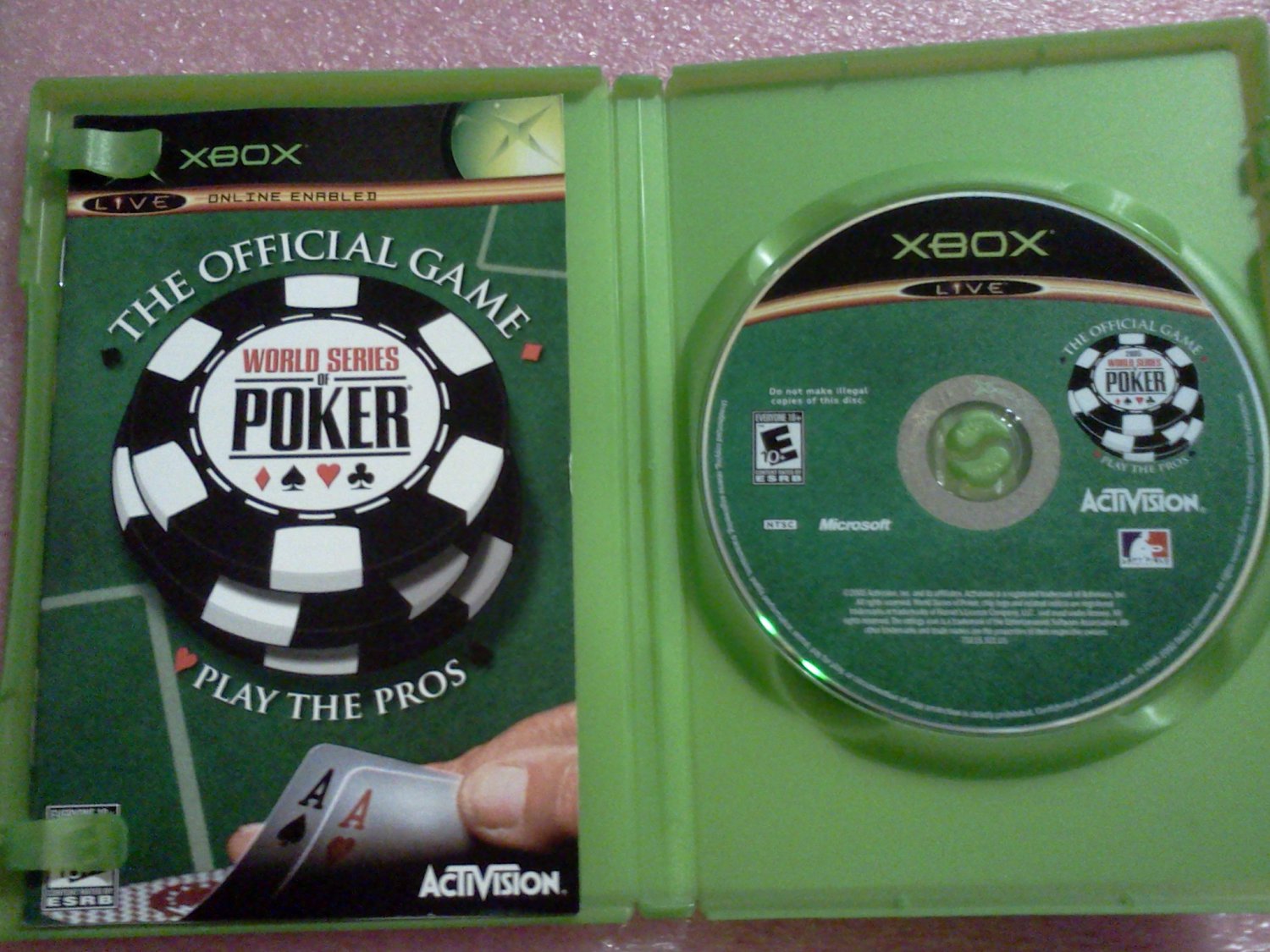 Tested, Complete, Disc is clean, The case does have some wear. A Nice addition to your collection.

Product Information
Activision's ante into the crowded table of 2005 poker simulations is based on the World Series of Poker, featuring the rules and regulations supported by the annual tournament and presented in the style of ESPN's television coverage. Virtual card sharks can play any variation sanctioned by the World Series, including Five Card Draw, Seven Card Stud, Omaha, and Texas Hold 'Em.

Players are represented in the game by a custom character, created using the same editing engine found in recent Tony Hawk games. In-game leader boards track all the important stats. "Multiplayer," "Quick Play," and "Career" modes are offered, along with an extensive tutorial designed with input from professional poker players.

Jump online and challenge other players around the country