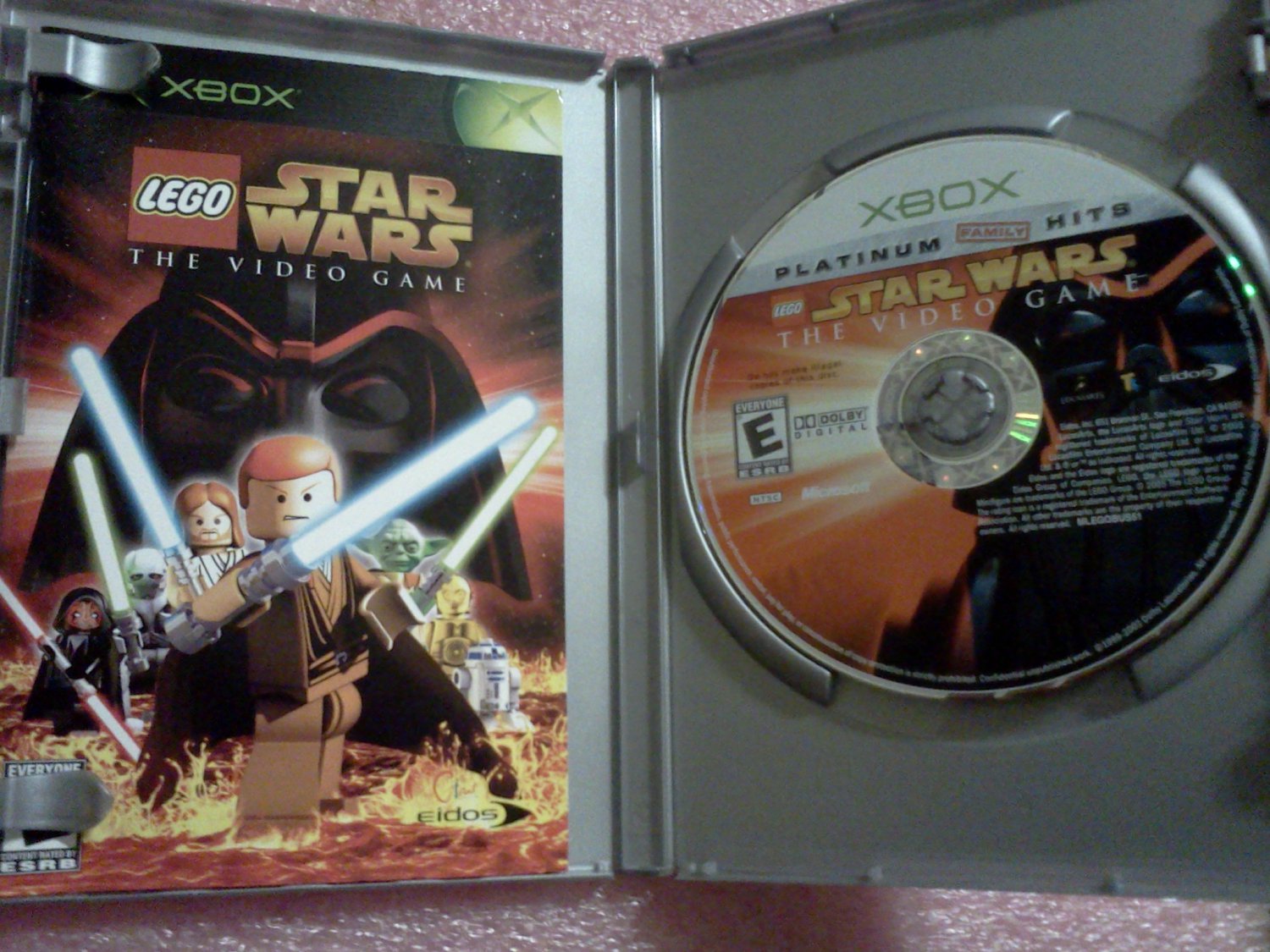 Tested, Complete, Disc is very clean, Case and manual are nice too. A Must have!

Product Information
This curious blend of big-name brands tells the earlier parts of the Star Wars story in a version of films' universe that's been built from scratch with Lego parts and people. The game highlights the action of Episodes I through III (the more recent, prequel films); players take control of thoroughly Lego versions of heroes such as Qui-Gon Jinn, Obi-Wan Kenobi, Princess Amidala, Anakin Skywalker, and others, to battle through action-oriented levels based on the films' settings, but constructed entirely with Lego blocks.

Different characters have different special skills, and this leads to some exploration and puzzle-solving gameplay along with the 3D platform-style action and combat. As they progress, heroes earn credits which can be spent to unlock new characters. The main game features unlimited lives, encouraging players to explore the secrets hidden in each area. LEGO Star Wars was developed by Traveller's Tales, a studio previously known for its handling of licensed properties in games such as A Bug's Life, Finding Nemo, The Weakest Link, and Crash Bandicoot: The Wrath of Cortex.

A second player can join the action at any time