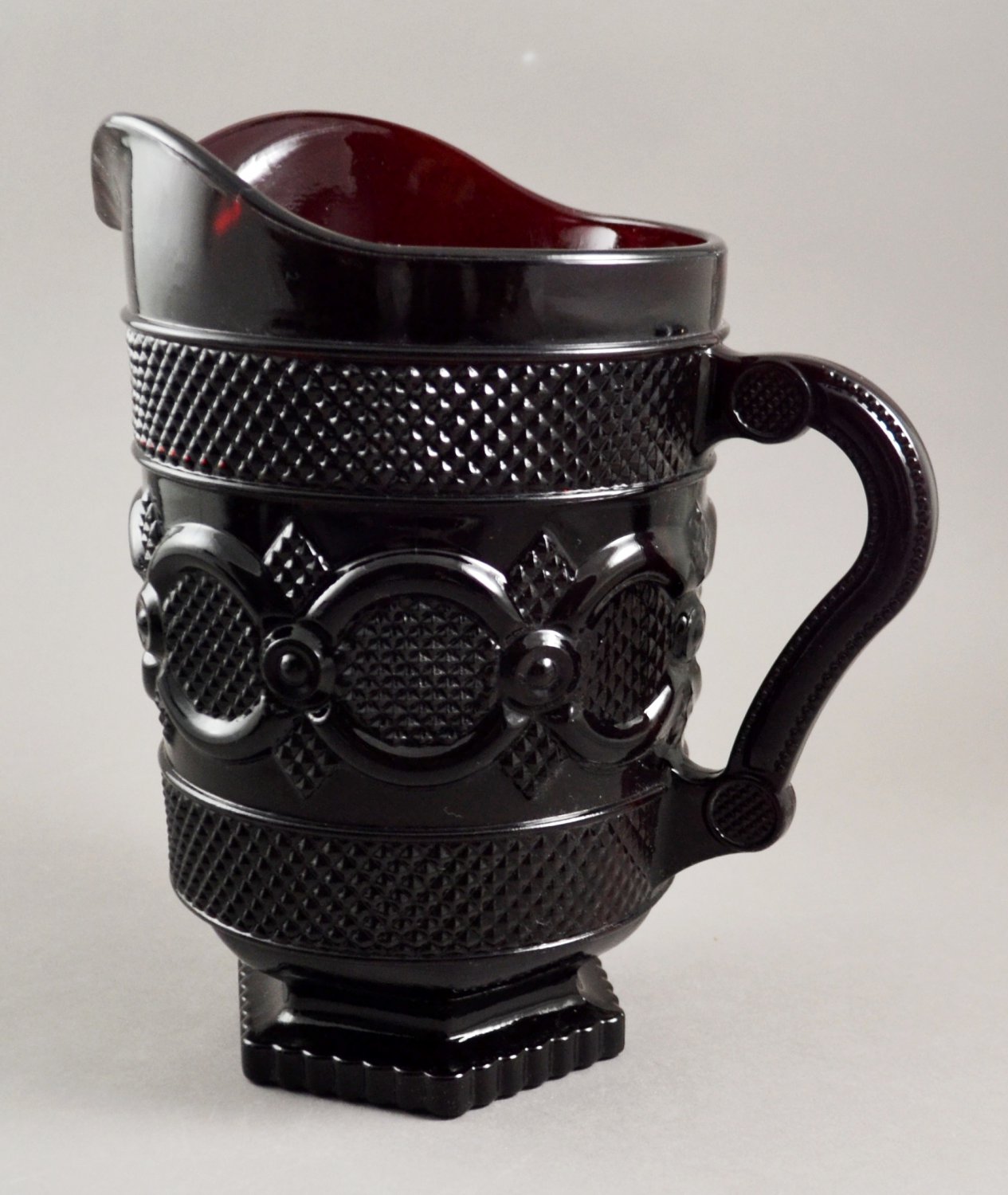 Tweet
Avon 1876 Cape Cod ruby red glass water or tea pitcher. The pitcher stands about 8 3/8 inches tall to the top of the spout and holds 60 ounces according to my reference book. The ruby red pitcher has a hexagon-shaped footed base with straight sides. No ice lip.

The Cape Cod pitcher was manufactured from 1984 to 1985. There are no cracks, chips or flakes.

The Avon Cape Cod Collection ruby red dinnerware was inspired by the classic Roman Rosette pattern. The 1876 Cape Cod Collection name pays tribute to the spirit of the 1876 Philadelphia Centennial, the celebration of the 100th anniversary of the signing of the Declaration of Independence and Cape Cod, the area where Sandwich glass originated.