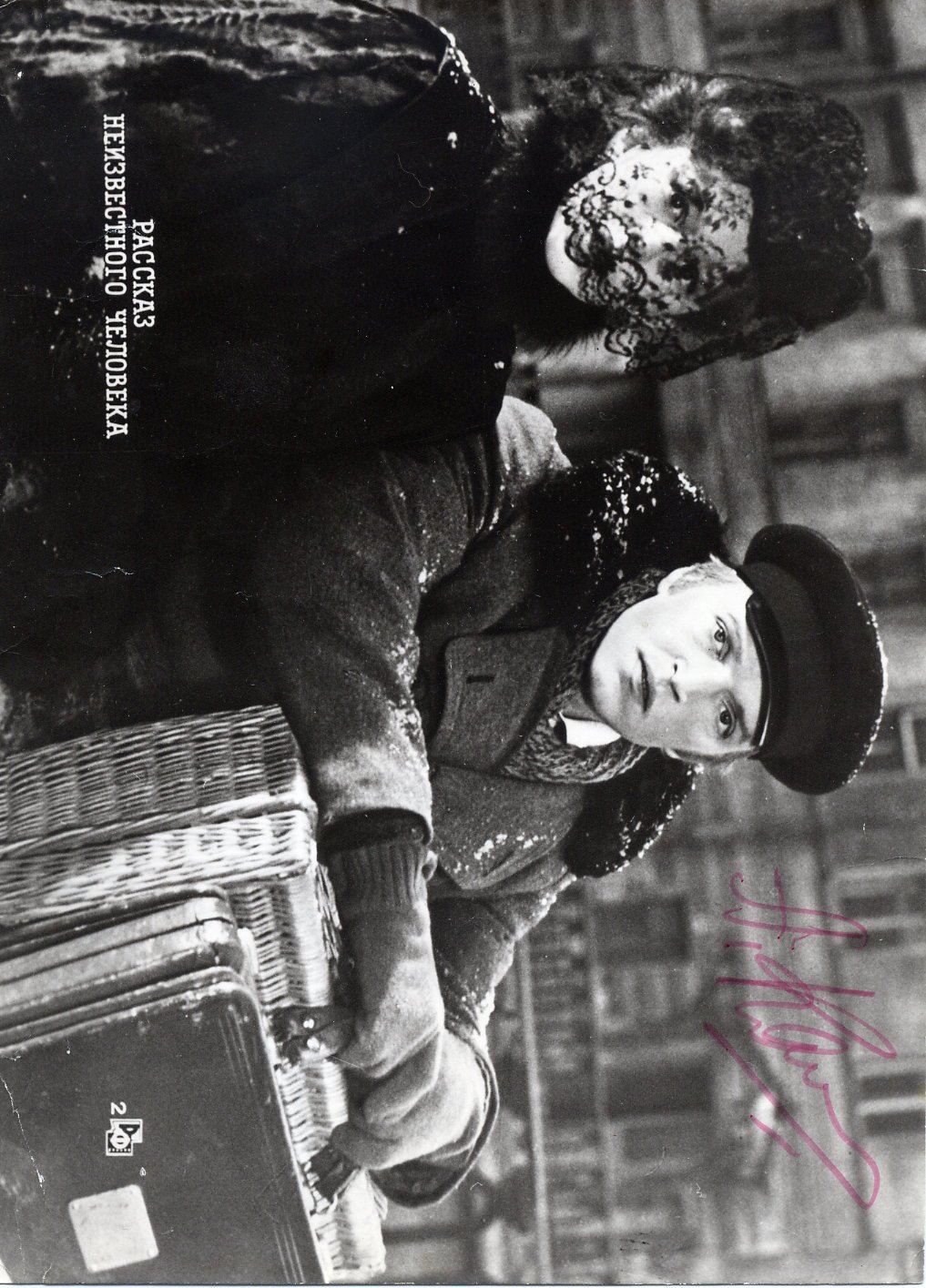 Tweet
ALEXANDER KAIDANOVSKY (1946-1995) a Soviet and Russian actor and film director.
He made his major film debut in At Home Among Strangers (1974), and over the next few years appeared in some two dozen films, including the satirical comedy Diamonds for Dictatorship of the Proletariat (1976) and The Life of Beethoven (1980). At his peak in the '70s Kaidanovsky was among Soviet Russia's most popular actors, and it was at this point that famed Soviet director Andrei Tarkovsky, impressed by the looks and the acting technique of Kaidanovsky in Diamonds, invited him to play the title-role in his new film, Stalker (1979). This role earned Kaidanovsky international acclaim.