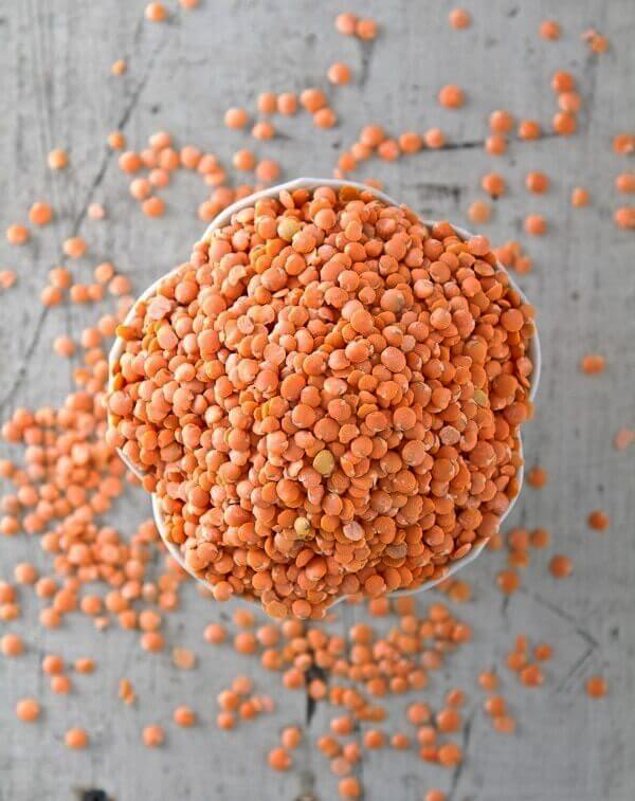 The lentil (Lens culinaris) is an edible small bushy annual plant of the legume family, known for its lens-shaped seeds. Lentils have been part of the human diet since aceramic (before pottery) Neolithic times, with evidence showing they were eaten 9,500 to 13,000 years ago.
Cultivation is similar to peas, and they are cold hardy. They produce over a very long season flat, two seeded pods. Red lentils are one of the quickest lentils to cook. Done in 10 minutes and have a distinctive, earthy flavor. Can also be eaten as sprouted seeds and used as a salad topping
The low levels of readily digestible starch (5%), and high levels of slowly digested starch (30%), make lentils of potential value to people with diabetes. Lentils have the second-highest ratio of protein per calories of any legume, after soybeans.
In Italy and Hungary, eating lentils on New Year's Eve traditionally symbolizes the hope for a prosperous new year, most likely because of their round, coin-like form.
... [Full Description]