A Crime of the Underseas by Guy Boothby [eBook] 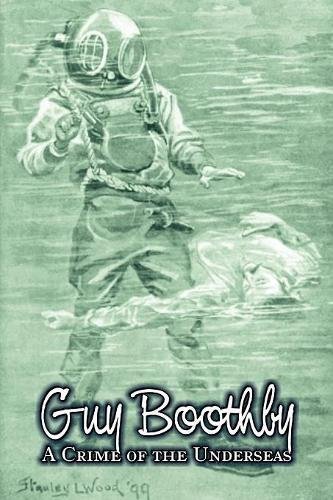 Tweet
A Crime of the Underseas by Guy Boothby

This collection is named for Guy Boothby's "A Crime of the Underseas"; but there are other tales in this book as well -- "The Phantom Stockman," "The Treasure of Sacramento Nick," "Into the Outer Darkness" and "The Story of Tommy Dodd and 'The Rooster'."

"Callingway was tracking an absconding Argentine Bank Manager, and, as it afterwards transpired, was, when we came in contact with him, on the point of getting possession of the money with which the other had left the country. Needless to say he was not a Government servant, nor were the Banking Company in question aware of his endeavors. Lastly there was myself, Christopher Collon, aged thirty-six, whose walk in life was even stranger, if such a thing were possible, than those of the two men I have just described. Had I been the possessor of a smart London office, a private secretary, and half a dozen corresponding clerks, I should probably have called myself a private detective . . ."

[Format]: PDF. Compatible with all devices that have a free reading app installed.

[Delivery]: Instant - Secure link to this digital media generated during checkout displayed on the payment confirmation page and email.

NOT A PHYSICAL BOOK
... [Full Description]

Other Products from bygone-binds (View All)