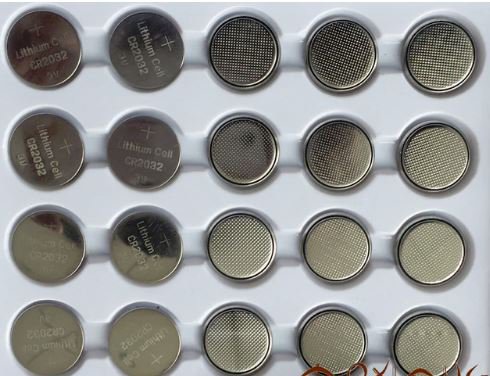 
Lithium manganese dioxide battery, its name is named after according to IEC standard.With lithium metal as the cathode, C - among them with manganese dioxide as positive pole system of chemical battery, R - said the battery is the shape of the cylindrical and if it is a square F substitution;Said the diameter of the battery is 20 mm, 32 for the height of the battery is 3.2 mm.Nominal voltage of 3.0 V, the endpoint (end point voltage of 2.0 V voltage, rated capacity of 200-230 mah, owing to the different factory level.With the requirements of the new industry, also have special improvement of battery, the capacity will be very different, mainly to improve its large current output ability, such as applied to flash or RF products.The commonly used in computer motherboard CMOS battery, battery other memory function or power-off protection module, electronic scale, calculators, electronic dictionaries and other products.
Note:
1, properly connected battery "+"/" - "polarity;2, different types of batteries do not use together;3, don't add solder on the battery directly;4, to avoid the battery stored in direct light, high temperature, high humidity environment.
... [Full Description]

Other Products from nous (View All)