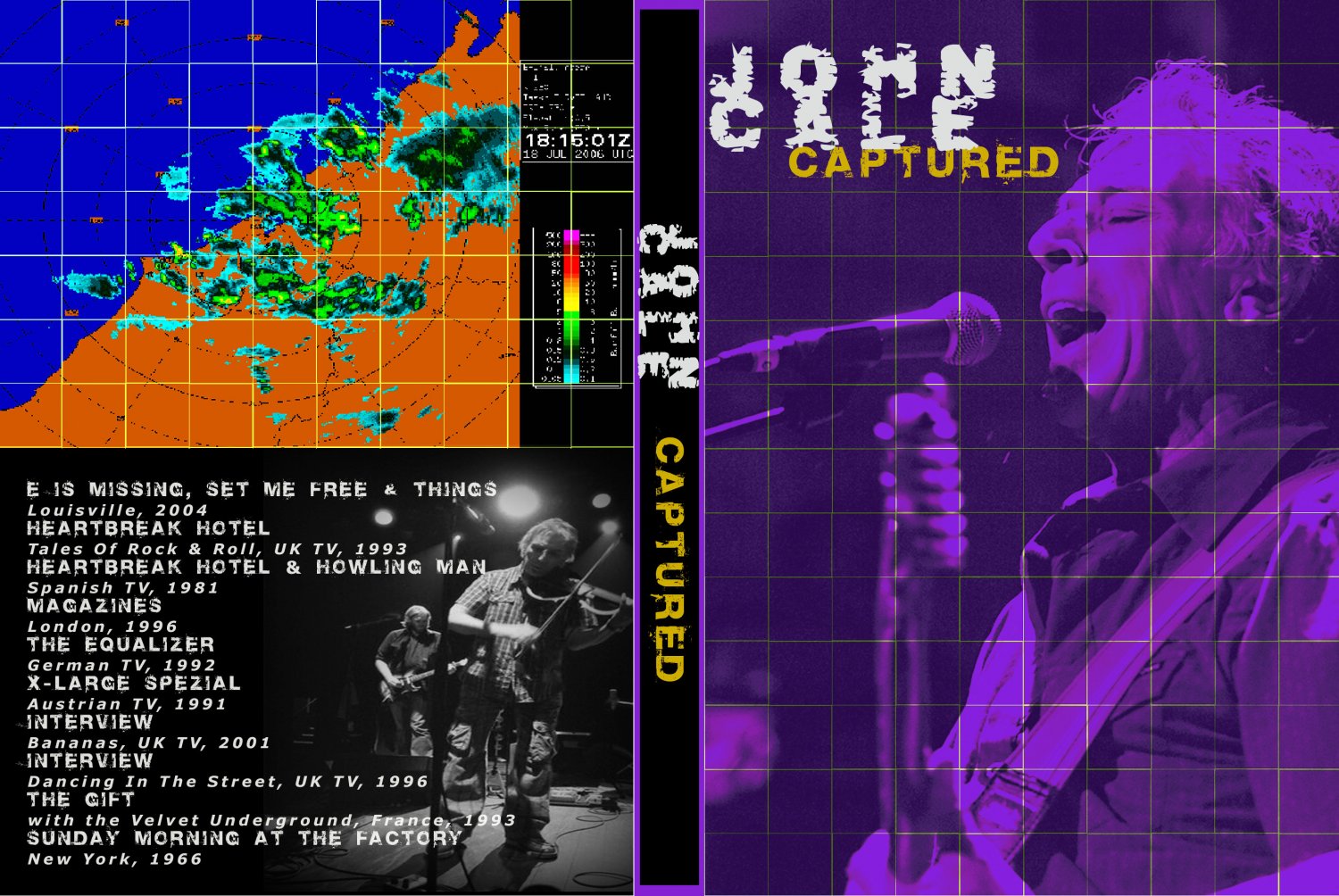 Tweet
A companion to John Cale : On TV, this DVD presents the great man on video from various sources around the world. Songs performed: E Is Missing, Set Me Free and Things (in a high quality audience recording from Louisville, USA, 2004), Heartbreak Hotel (from the BBC film, Tales Of Rock and Roll), Heartbreak Hotel and Howling Man (live with Kevin Ayres from Spanish TV, 1981), John’s acting appearance on The Equalizer (dubbed in German to make it even more bizarre!), Do Not Go Gentle, Wedding Anniversary, Guts, Cable Hogue, Heartbreak Hotel, Waiting For The Man, Dead Or Alive, Fear and Close Watch (live on Austrian TV, 1989), Magazines (audience recording from the Shepherd’s Bush Empire, London, 1996), interviews with Cale from the BBC’s Dancing In The Street (1996) and a strange documentary about bananas (!), The Gift (with the Velvet Underground, live in France, 1993) and a rare film of the Velvet Underground rehearsing at the Factory in the sixties. Quality varies according to the original source, but generally very good to excellent. 90 minutes approx. with 320kbit mono and stereo sound from VHS and digital sources.

DVD comes on high quality plain white or silver inkjet printable DVD-R.
DVD has a professional-style title and chapter menu.
Available in choice of PAL or NTSC format. Region Free.
In order to minimise postage costs, DVD is sent in a plastic sleeve in recycled cardboard packaging, rather than traditional case.
Cover artwork is supplied by email as a JPEG/PDF file for you to print to size.
... [Full Description]