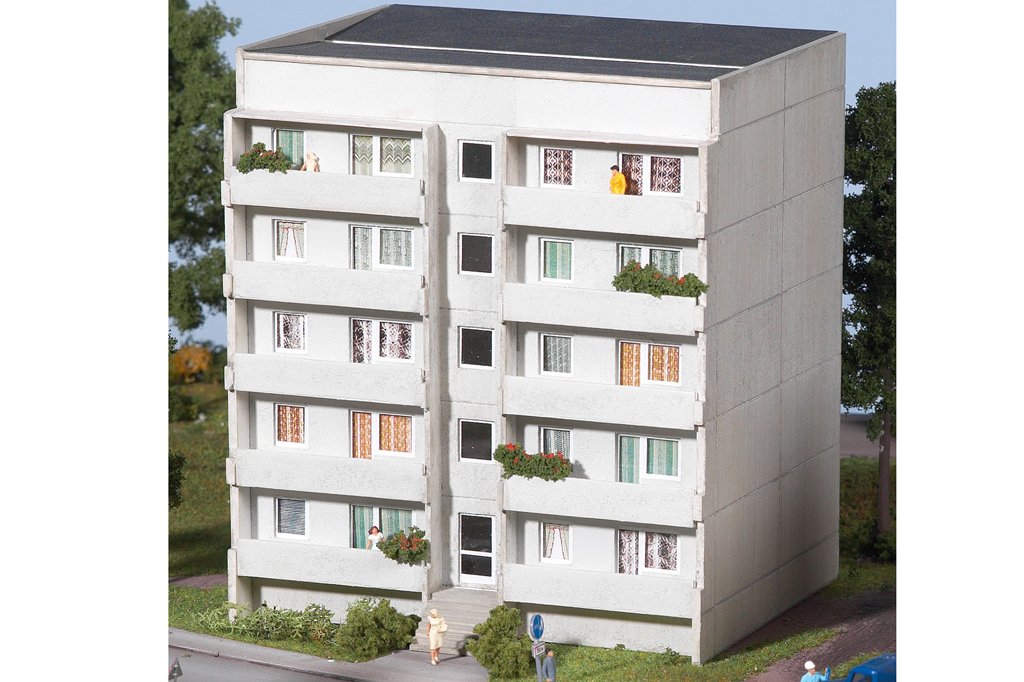 Tweet
n order to meet the increasing demand for affordable apartments in the shortest possible time, apartment blocks were built in so-called prefab construction, especially in the seventies of the last century. These standard apartments were designed according to the modular principle and are exactly as implemented in the model.

Parts of this kit are partly colored in color.

The kit contains 5 floors, which can be extended with the supplementary set # 61147.
... [Full Description]