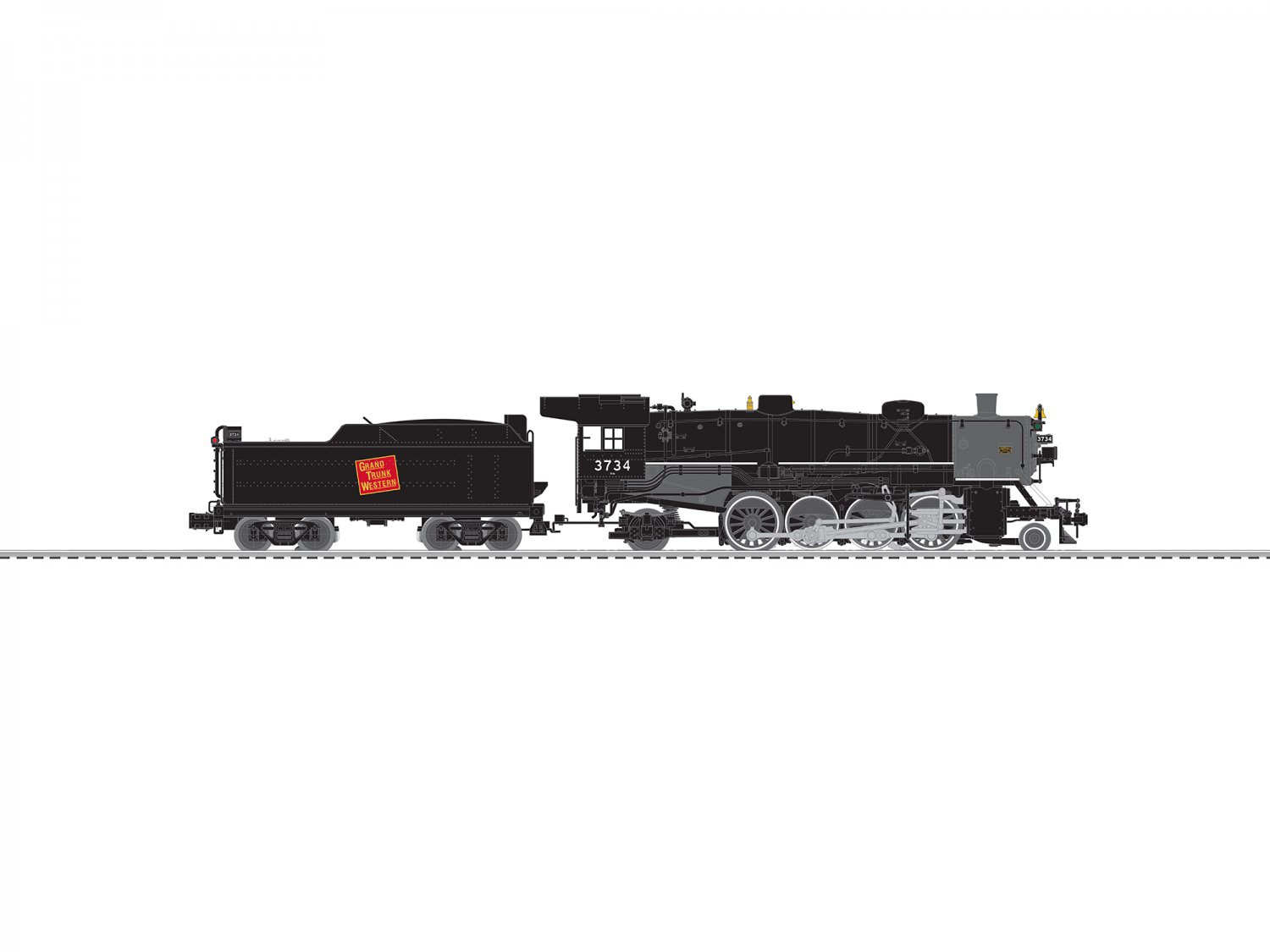 Tweet
The light Mikado was among the most common of the locomotive designs produced under the United States Railway Administration's operation of the nation's railroads during World War I. More than 600 standardized light Mike's were built under the orders of the USRA - thousands of nearly identical copies would continue to roll out of Alco, Baldwin and Lima long after the war. Lionel brings this classic back again with Whistle Steam for the first time!