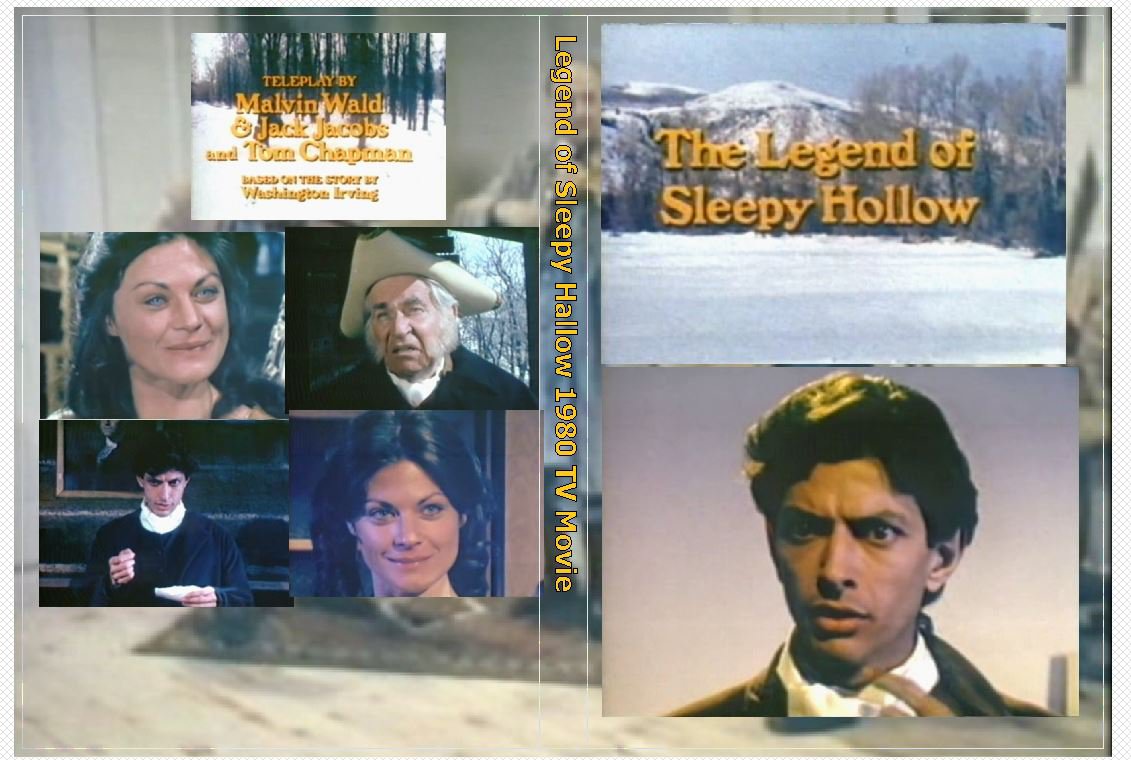 Tweet
Legend of Sleepy Hallow 1980 Jeff Goldbulm Dick Butkus on 1 DVD
The Legend of Sleepy Hollow is a 1980 television film on NBC filmed in Utah, loosely based on Washington Irving's short story. It starred Jeff Goldblum as Ichabod Crane, Meg Foster as Katrina von Tassel, and Dick Butkus as Brom Bones. The film is also known as La leggenda di Sleepy Hollow in Italy. It was directed by Henning Schellerup. Executive producer Charles Sellier was nominated for an Emmy Award for his work on the movie..
In a departure from the original story, the film ends with Ichabod arriving at Katrina's house and the Headless Horseman returning to the dark forest. It also introduces an original character, widow Thelma Dumkey; while Brom Bones and Ichabod Crane are rivals for Katrina, Thelma is Katrina's rival for Brom Bones. Thelma and Brom become engaged at the end of the film.
This set is available on Blue Ray and DVD for the same price. Please let me know if you want Bluray. I will assume DVD version unless you tell me.
All my sets come with hard cases and the artwork shown. My discs are recorded in all region formats in NTCS resolution.
. Please ask is you don’t see something.
... [Full Description]