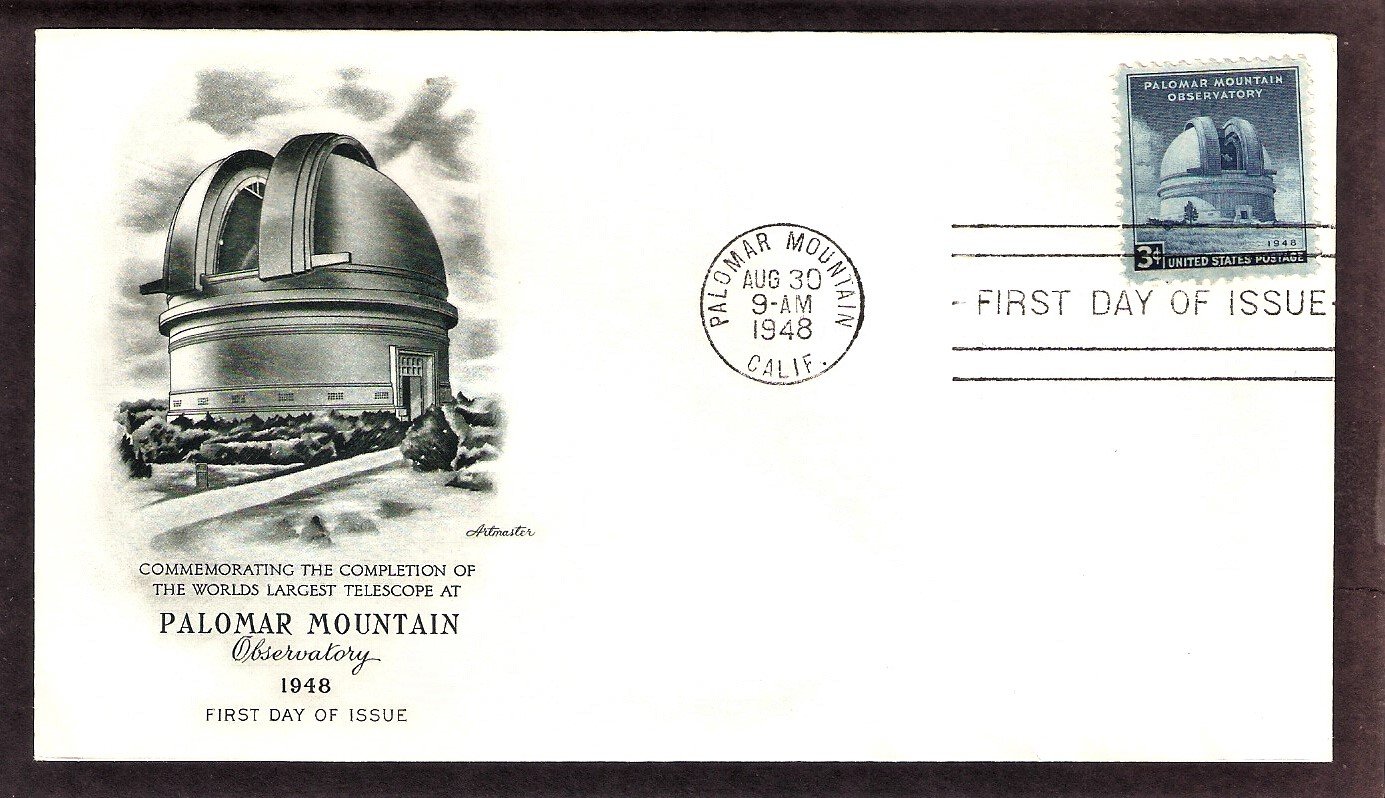 Issued to commemorate the dedication of the Palomar Mountain Observatory,

Stamp first placed on sale at Palomar Mountain, California on Aug. 30, 1948, Palomar Observatory is owned and operated by the California Institute of Technology, a privately endowed educational and research institution located in Pasadena, California, and is used to support the scientific research programs of Caltech's faculty and students.

The History of Palomar Observatory really began in the mid-1920s, when results from the Mount Wilson Observatory's 100-inch telescope demonstrated the need for a larger instrument if expected advances in astronomical research were to be realized.

As a result of the foresight and work of astronomer George Ellery Hale, in 1928 the International Education Board (one of the Rockefeller Foundations) awarded a grant to Caltech for the construction of a 200-inch telescope.

Numerous locations were tested for the atmospheric conditions needed for optimum astronomical observing, and in 1934 Palomar Mountain was selected as the site for the new instrument.

Meanwhile, at the Corning Class Works in New York State, techniques were being developed that ultimately led to the successful casting of the 200-inch Pyrex glass disk on December 2, 1934. After a cooling period of eight months, the 20-ton disk was shipped by rail to Pasadena for the long process of grinding and polishing that would transform it to the precise shape and size required for astronomical observations.

Construction of the building to house the 200-inch (including the 1000-ton rotating dome) and the telescope structure (the moving parts weigh about 530 tons) began in the mid- 1930s and was nearly complete by 1941 when the United States entered World War II. But the war delayed polishing of the mirror, and it was not until November 18, 1947, that the finished mirror, now weighing only 14.5 tons, began its two-day trip to Palomar Mountain where it was installed in the telescope for a period of testing and adjustment.