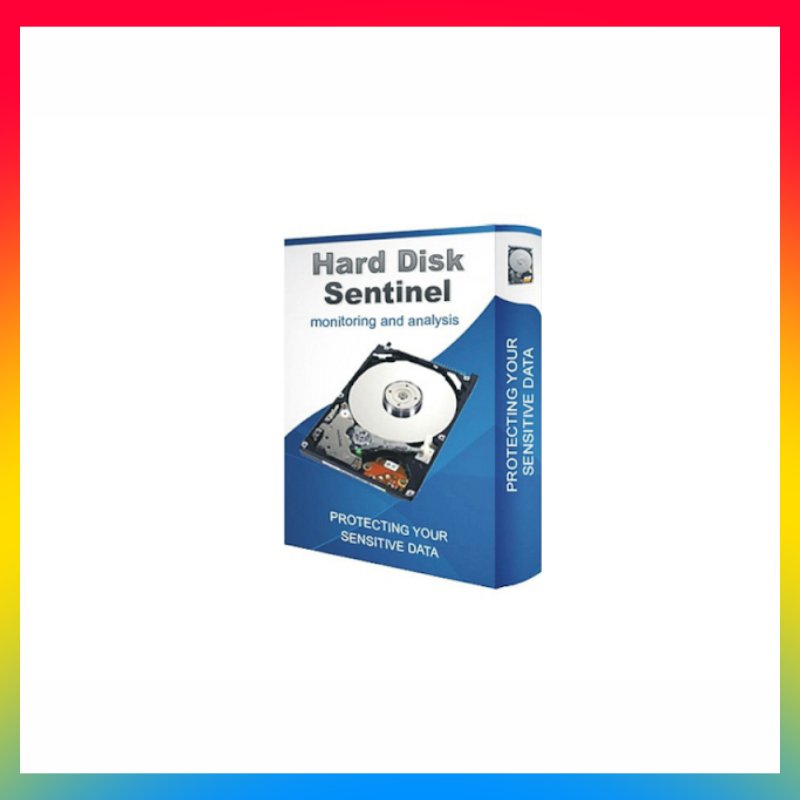 Tweet
No Refund Available
This license is only for version 5.70

Hard Disk Sentinel monitors hard disk drive / HDD status including health, temperature and all S.M.A.R.T. (Self-Monitoring, Analysis and Reporting Technology) values for all hard disks. Also it measures the disk transfer speed in real time which can be used as a benchmark or to detect possible hard disk failures, performance degradations.

HDSentinel is the perfect data protection solution: it can be effectively used to prevent HDD failure and SSD / HDD data loss because it has the most sensitive disk health rating system which is extremely sensitive to disk problems. This way even a small HDD problem can't be missed. The Professional version has scheduled and automatic (on-problem) disk backup options to prevent data loss caused by not only failure but by malware or accidental delete also.

How does Hard Disk Sentinel work?
Hard Disk Sentinel runs in the background and verifies SSD / HDD health status by inspecting the SMART status of the disk(s). If an error is found or unexpected behaviour is detected, it warns the user about the current situation and also can perform appropriate actions (for example, start an automatic backup).

Usually, hard disk health status may slowly decline, from day to day. The SMART monitoring technology can predict HDD failure by examining the critical values of the disk drive. Compared to other software, Hard Disk Sentinel detects and reports every disk problem. It is much more sensitive to disk failures and can display better and more detailed information about hard disk expected life and the problems found (if any). This is a more sophisticated way to predict failures than the "traditional" method: checking S.M.A.R.T. attribute thresholds and values only. For more information, please read how hard disk S.M.A.R.T. works and why Hard Disk Sentinel is different.

The software displays the current hard disk temperature and logs maximum and average HDD temperatures. This may be used to check the maximum temperature under high hard disk load. For the importance of the hard disk operating temperature, see the Frequently Asked Questions. See the list of Features of Hard Disk Sentinel Professional or our products for hard disk monitoring.

Do I need Hard Disk Sentinel?
If you are using a computer equipped with at least one hard disk or solid state disk and you want to ensure that your data will be available any time, then the answer is YES. Hard Disk Sentinel is especially designed to you if

you are using multiple hard disks / SSDs / hybrid drives (SSHD) in your computer (IDE / Serial ATA (S-ATA, e-SATA) / NVMe / SCSI / SAS / USB hard disks) or in an external enclosure (check the hardware compatibility pages for the list of compatible hardware)
- you are using a mobile / removable rack or enclosure with hard disk inside
- you are using notebook computer
- you are using server or desktop computers with high disk load
- you want to maximize system stability, HDD performance and overall integrity, receive HDD alert on high temperature or low health
- you do not want to lose your sensitive and valuable data, do not want to pay for HDD recovery
It is much better to avoid HDD failure than use HDD recovery. Be alerted and prevent HDD data loss with HDSentinel ! Be your HDD life healthy.
... [Full Description]

Other Products from poniyah (View All)