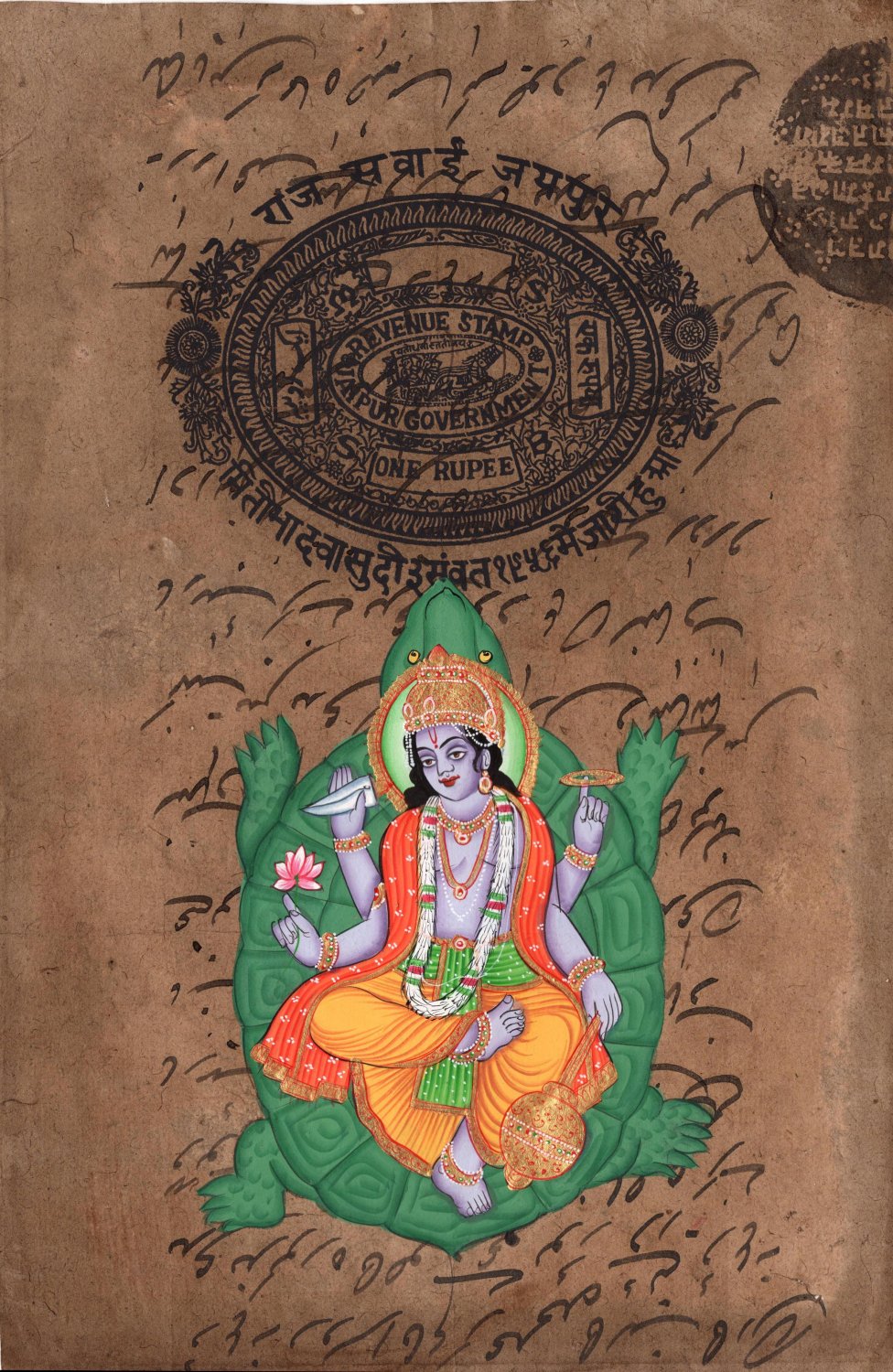 You’ll will be fascinated by this rare painting of Kurma- the second Avatar of Vishnu.

In Kurma Avatar, Lord Vishnu incarnates himself as a tortoise. It is an interesting story involving both the gods (Devtas) and asuras (demons). In the Hindu religion, Kurma (Sanskrit: meaning “Tortoise”) is the second avatar of Vishnu, the preserver god in the Hindu Trimurti (trinity), who appeared in the Satya Yuga as a giant turtle to save the earth from destruction. His enormous back was said to have provided a foundation for the mythical Mount Mandara, which was used by the gods (and demons) as a churning rod to stir the primordial milk-ocean thereby obtaining the purported nectar of immortality.

Hinduism teaches that whenever humanity is threatened by extreme social disorder and wickedness, God will descend into the world as an avatar to restore righteousness, establish cosmic order, and redeem humanity from danger. The avatar doctrine presents a view of divinity that is compatible with evolutionary thinking since it suggests a gradual progression of avatars from amphibian through mammal to later human and godly forms. Most importantly, the concept of avatar presents the theological view of a deeply personal and loving God who cares about the fate of humanity rather than ignores it. Time and time again, the various avatars are willing to intervene on humanity’s behalf to protect its overall cosmic wellbeing (loka-samgraha).

Don’t miss out on this mesmerizing artwork of the second Avatar of Lord Vishnu. Buy it today.