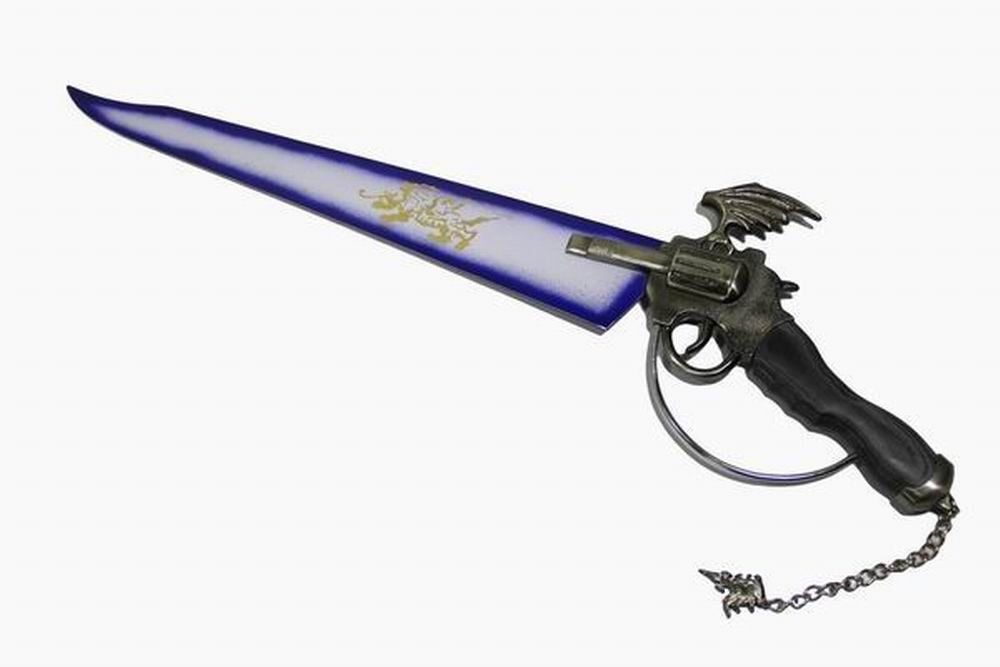 Squall Leonhart Gunblade:
A winged lionheart gunblade sword as the name indicates is a fusion of gun and sword. Though the gun blades are very common now a days as a good looking decoration piece but the particular gun blade we are talking about is from final fantasy universe and a very fancy and dangerous one. The gun blade is easy to use as a sword as well as a gun (but usually the character like to use it as a gun because that makes sense: you don’t need a sword as long as you have a gun and a working mind).

The Squall leonhart gunblade is an expertly designed weapon. It consist of a shiny and sharp blade with a gun embedded into its hilt, making it one of the most magnificent and lethal weapon in final fantasy universe. In most of the conditions the weapon is used as a sword , but in dangerous conditions it can be used as a gun sending damage flying towards the opponent face.
One of the most celebrated gun blade in the Final Fantasy universe is the lionheart gunblade sword. It appeared in the final fantasy VIII and is universally accepted as the strongest gun blade in existence. The lion Heart gun blade is made up of rare materials of highest quality and that is the reason behind its extra ordinary powers.

The squall leonhart gunblade sword is larger in size as compare to other ordinary gun blades of final fantasy. The overall length of sword is around 37 inches with blade comprising most of it about 27 inches leaving a total of 10 inches for the handle or hilt. The blade of Lion heart is colored blue with variation in shades i.e. the color is darker around edges and then it gets lighter as we move towards the middle of the blade. This variation in color gave the Lion heart a distinctive and impressive look. There is a lion shaped emblem on the blade. The handle is colored with the mix of silver and black with a small gun embedded upon it as a secondary weapon to be used in dangerous situation. The hilt is modeled into shape of a lion on the side and a large extension of a wing emerging from the top.
The Squall leonhart lionheart comes with a beautiful sheath. The sheath of lionheart gunblade is a black colored majestic cover made up of leather. It is made specially to contain all the brilliance of the blade inside it and unleashing all the menace at the time of use. The product also include a stand so that you can delicately place your magnificent Lion heart gun blade on it, and keep this lethal weapon as a decoration piece so that your friends can admire your geeky taste.
... [Full Description]