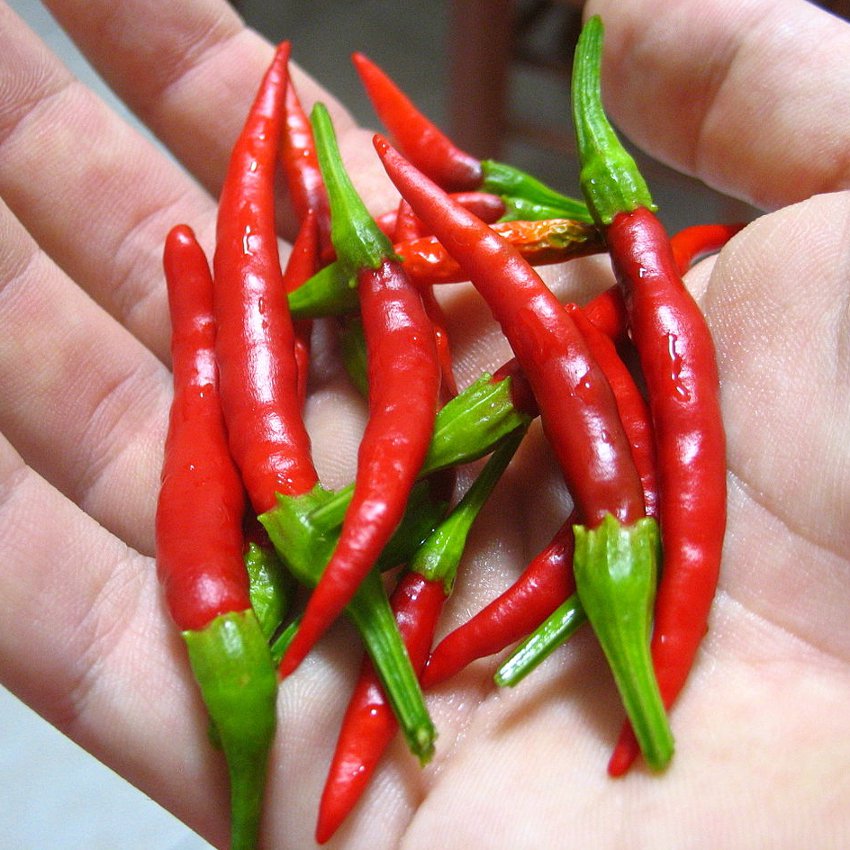 The Chile de árbol, Spanish for tree chili, are named in reference to the woody stems attached to the pod. These slender, 2-3 inch long chili peppers start out green and mature to a bright red in color. Originally from the Oaxaco and Jalisco states in Mexico.The Chile de árbol is a small and potent Mexican chili pepper, also known as bird’s beak chile and rat’s tail chile, are quite hot and related to the cayenne pepper. In cooking substitutions, the Chile de árbol pepper can be traded with Cayenne pepper.
Chile de árbol peppers can be found fresh, dried, or powdered. As dried chiles, they are often used to decorate wreaths because they do not lose their red color after dehydration.