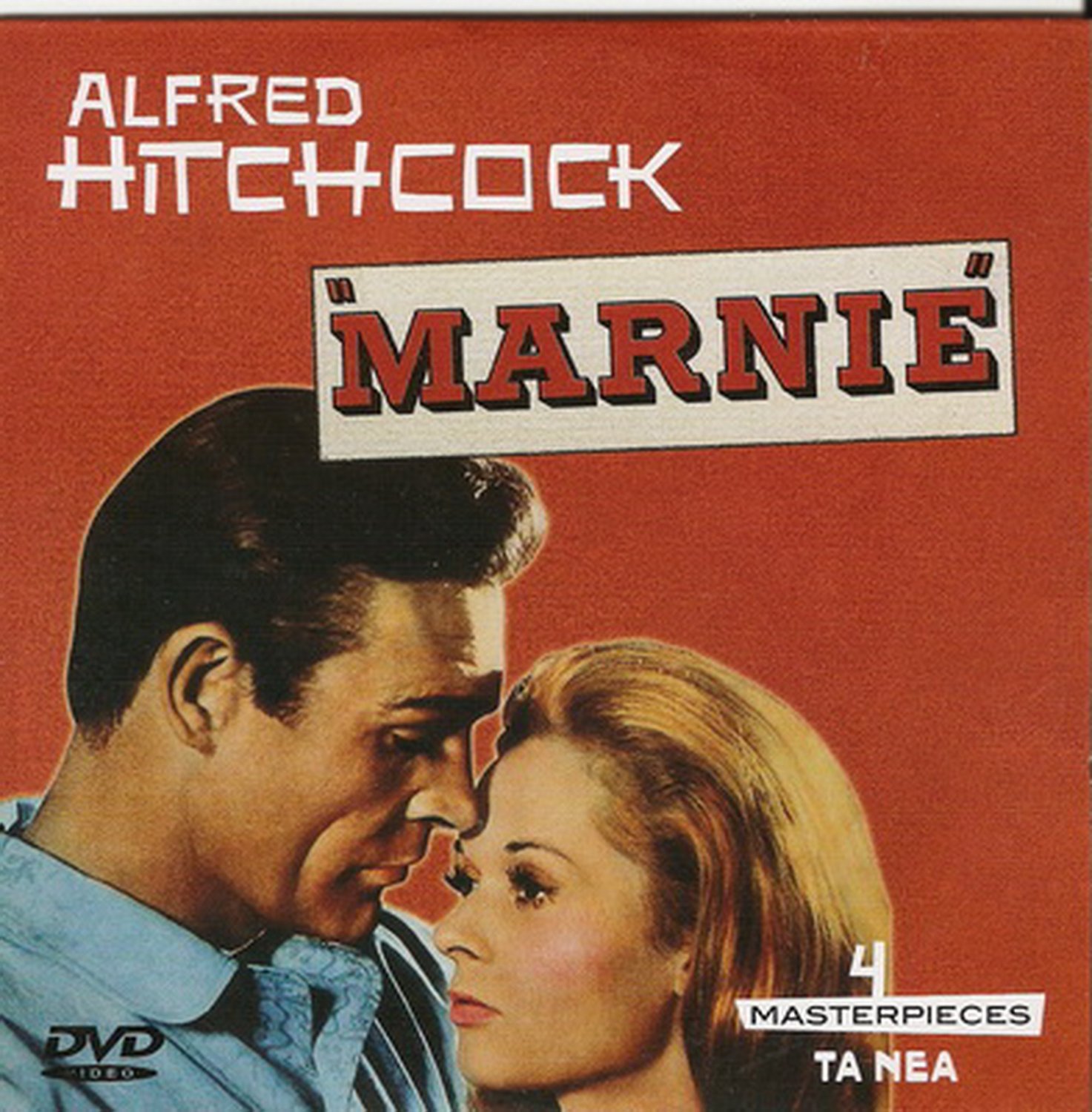 Tweet
Title: Marnie
Cast: Tippi Hedren, Sean Connery, Diane Baker, Martin Gabel, Louise Latham
Director: Alfred Hitchcock
Runtime: 125 minutes
Gernre: Mystery & Suspense
Language: English(audio)
Subtitles: Greek (Optional - Removable)
Region: 2 EUROPE PAL (not for the USA & Canada)
Picture: Widescreen
Condemned as being a ""disappointing"" and ""unworthy"" Alfred Hitchcock effort at the time of its release, Marnie has since grown in stature, it is still considered a lesser Hitchcock, but a fascinating one. Tippi Hedren plays Marnie, a compulsive thief who cannot stand to be touched by any man. She also goes bonkers over the sight of the color red. Her new boss, Mark Rutland (Sean Connery) is intrigued by Marnie -- to such an extent that he blackmails her into marriage when he stumbles onto her breaking into his safe. Rutland is in his own way as ""sick"" as his wife because of his fetishist desire to cohabit with a thief. After innumerable plot twists and turns, Marnie is ""cured"" by a facile but mesmerizing flashback sequence involving her ex-hooker mother (Louise Latham). Among the critical carps aimed at Marnie was the complaint that the studio-bound sets -- particularly the waterfront locale where the film ends -- were tacky and artificial, curiously, this seeming ""carelessness"" adds to the queasy, off-setting mood that Hitchcock endeavored to sustain. Even when the direction seems to falter, the film is buoyed by the driving musical score of Bernard Herrmann (his last for Hitchcock). Among the supporting actors in Marnie are Mariette Hartley as a secretary and Bruce Dern as a sailor, twelve years later, Dern would star in Hitchcock's final film, Family Plot....
We do not sell copies, bootleg, or DVD-R. Item was circulated in Greece. Full movie in promotional sleeve.
WE DO NOT ACCEPT RETURNS DUE YOUR EQUIPMENT INCOMPATIBILITY
NO RETURNS WILL BE ACCEPT DUE NO CAREFULLY READING OF THE ITEM DESCRIPTION
ADVD4066 .WARNING: NO USA COMPATIBLE
OUR DVD DO NOT PLAY IN STANDARD USA/CANADA DVD PLAYERS
BUT PLAYS FINE IN ANY PC/LAPTOP DVD-PLAYER
OUR DVD IS GREEK (EUROPEAN) VERSIONS NOT FOR STANDARD USA/CANADA DVD PLAYERS
PROMOTIONAL DVD NOT SEALED IN EXCELLENT CONDITION
Dvd case is partial in Greek language
WARNING: NO USA COMPATIBLE

Other Products from moviesandmusic (View All)