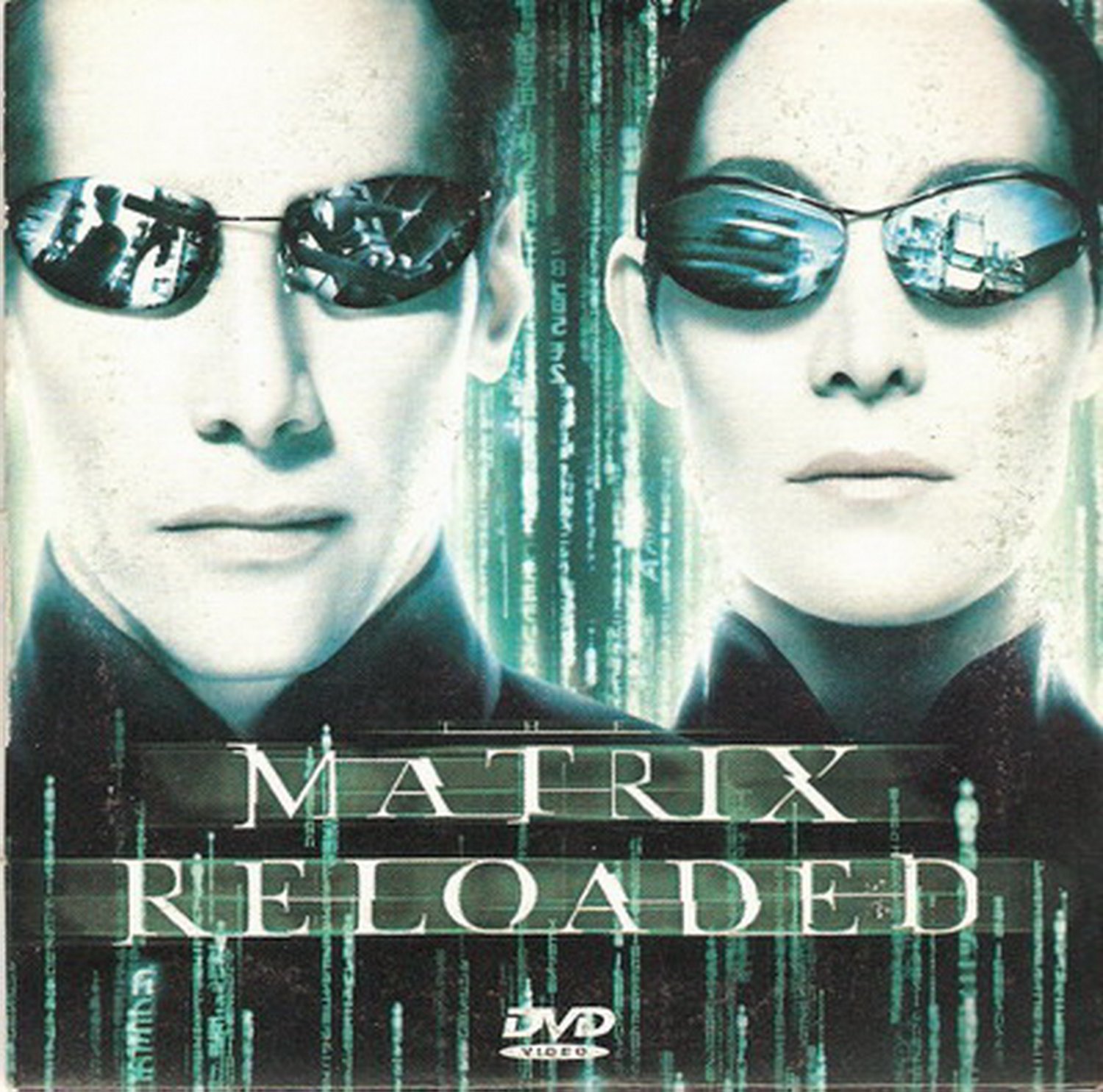 Tweet
Title: The Matrix Reloaded
Cast: Keanu Reeves, Carrie-Anne Moss, Laurence Fishburne, Hugo Weaving, Jada Pinkett Smith
Director: Andy Wachowski
Runtime: 138 minutes
Gernre: Science Fiction
Language: English(audio)
Subtitles: Greek (Optional - Removable)
Region: 2 EUROPE PAL (not for the USA & Canada)
Picture: --
After creating an international sensation with the visually dazzling and intellectually challenging sci-fi blockbuster The Matrix, the Wachowski brothers returned with the first of two projected sequels that pick up where the first film left off. Neo (Keanu Reeves) and Trinity (Carrie-Anne Moss) have been summoned by Morpheus (Laurence Fishburne) to join him on a voyage to Zion, the last outpost of free human beings on Earth. Neo and Trinity's work together has been complicated by the fact the two are involved in a serious romantic relationship. Upon their arrival in Zion, Morpheus locks horns with rival Commander Lock (Harry J. Lennix) and encounters his old flame Niobe (Jada Pinkett Smith). Meanwhile, Agent Smith (Hugo Weaving) has returned with some surprises for Neo, most notably the ability to replicate himself as many times as he pleases. Neo makes his way to The Oracle (Gloria Foster), who informs him that if he wishes to save humankind, he must unlock ""The Source,"" which means having to release The Key Maker (Randall Duk Kim) from the clutches of Merovingian (Lambert Wilson). While Merovingian refuses to cooperate, his wife, Persephone (Monica Bellucci), angry at her husband's dalliances with other women, offers to help, but only in exchange for a taste of Neo's affections. With The Keymaker in tow, Neo, Trinity, and Morpheus are chased by Merovingian's henchmen: a pair of deadly albino twins (Neil Rayment and Adrian Rayment). Filmed primarily in Australia and California (the extended chase scene was shot on a stretch of highway build specifically for the production outside of San Francisco), The Matrix Reloaded was produced in tandem with the third film in the series, The Matrix Revolutions...
We do not sell copies, bootleg, or DVD-R. Item was circulated in Greece. Full movie in promotional sleeve.
WE DO NOT ACCEPT RETURNS DUE YOUR EQUIPMENT INCOMPATIBILITY
NO RETURNS WILL BE ACCEPT DUE NO CAREFULLY READING OF THE ITEM DESCRIPTION
ADVD2824 PackB 241WARNING: NO USA COMPATIBLE
OUR DVD DO NOT PLAY IN STANDARD USA/CANADA DVD PLAYERS
BUT PLAYS FINE IN ANY PC/LAPTOP DVD-PLAYER
OUR DVD IS GREEK (EUROPEAN) VERSIONS NOT FOR STANDARD USA/CANADA DVD PLAYERS
PROMOTIONAL DVD NOT SEALED IN EXCELLENT CONDITION
Dvd case is partial in Greek language
WARNING: NO USA COMPATIBLE

Other Products from moviesandmusic (View All)