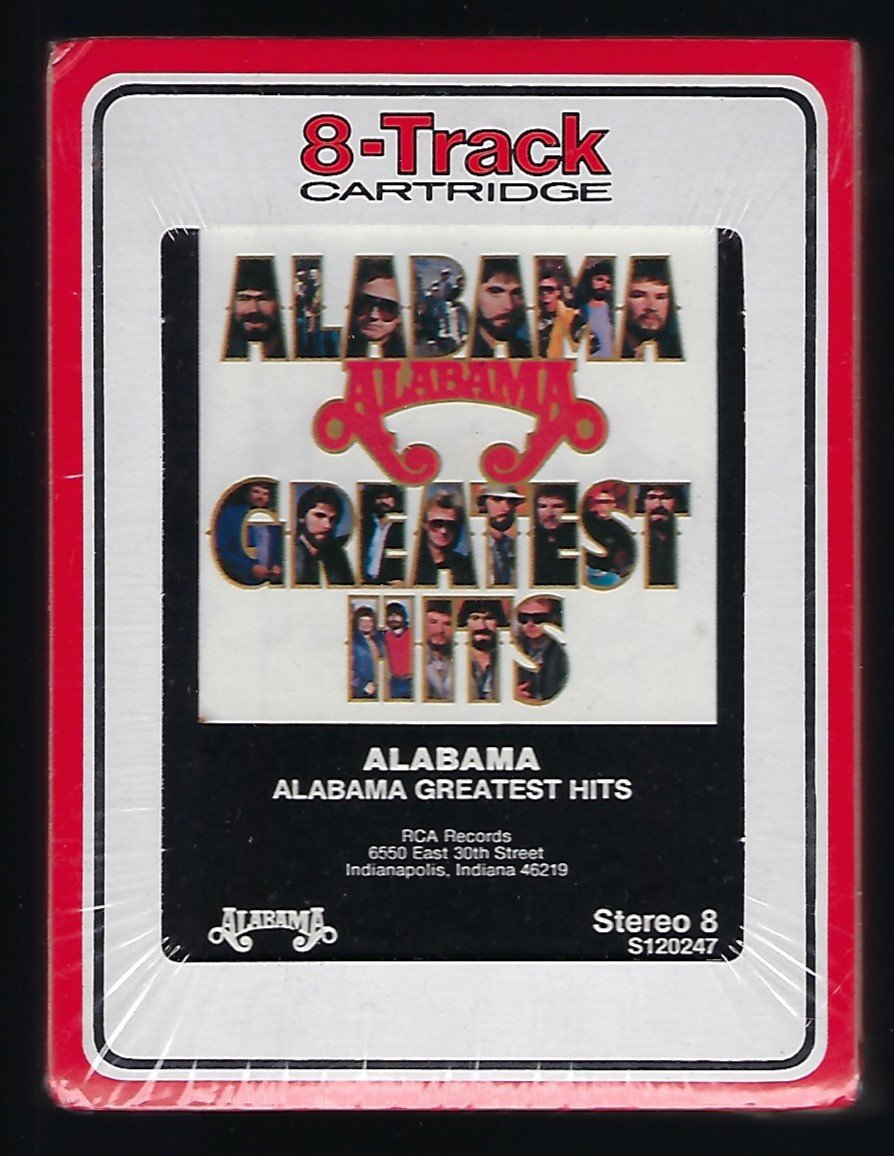 Tweet
Greatest Hits is the first greatest hits package released by the American country music band Alabama. The album was released on RCA Nashville in 1986, and has since been certified platinum for sales of 5 million units by the Recording Industry Association of America.

By the mid-1980s, Alabama had become the most dominant act in country music. During the first half of the decade, the Fort Payne, Alabama-based group had 18 No. 1 songs in as many single releases (discounting their 1982 Christmas single, "Christmas in Dixie"). They had released six multi-platinum albums and had won many awards from the Country Music Association and Academy of Country Music.

Alabama's first greatest hits album includes eight of their hit singles; seven of those reached No. 1 on the Billboard magazine Hot Country Singles chart between 1980 and 1985. The eighth song of that group was "My Home's in Alabama", widely considered by fans to be their signature tune (despite only reaching No. 17).

Extended live concert versions of "My Home's in Alabama" and "Tennessee River", recorded at June Jam in 1985, are presented on this album. The album-length versions of "Why, Lady, Why" and "Mountain Music" are also included, as opposed to their respective single/radio edits. The version of "She and I" included here (complete with false fade-out toward the end of the song) runs more than five minutes, nearly 1½ minutes longer than the single edit.

The album contains two new tracks. Of these, "She and I" was the only single release, and it became the band's 19th No. 1 song in April 1986. The other song, "The Fans", is Alabama's ode of thanks to their fans.

Alabama was a Grammy Award-winning country music and southern rock band that originated in Fort Payne, Alabama, United States. In the late '60s, Randy Owen (lead vocals), and his cousin Teddy Gentry (bass guitar, background vocals) found they both enjoyed a common interest in music. Jeff Cook (guitar, fiddle, keyboards) soon joined the duo, and eventually Mark Herndon added his skills on drums. They started playing on a regular basis, and while still working their day jobs they started playing local establishments in the evenings. The group used their spare time to compose, practice, and play their style of harmony and music. In 1973, after Owen's graduation from Jacksonville State University, members of the group decided to give up their day jobs and weekend gigs. The group, formerly known as "Wildcountry", left Fort Payne and Lookout Mountain to explore the possibilities of the club scene in surrounding coastal South Carolina.

They were the most commercially successful country act in the 1980s and remain one of the bestselling American musical acts of all time. The band is often credited with bringing country music groups (as opposed to solo vocalists) into the mainstream, paving the way for the success of today's top country groups. Since its foundation in 1972, Alabama has included Owen, Cook and Gentry. Herndon was hired in 1979, and the band has had the same four members ever since.[citation needed]

The band's blend of traditional country music and southern rock combined with elements of gospel music, and pop music gave it a crossover appeal that helped lead to their unprecedented success. They also toured extensively and incorporated production elements such as lighting and "sets" inspired by rock concerts into their shows. The band has over 30 number one country records on the Billboard Magazine charts to their credit and have sold over 73 million records to date.