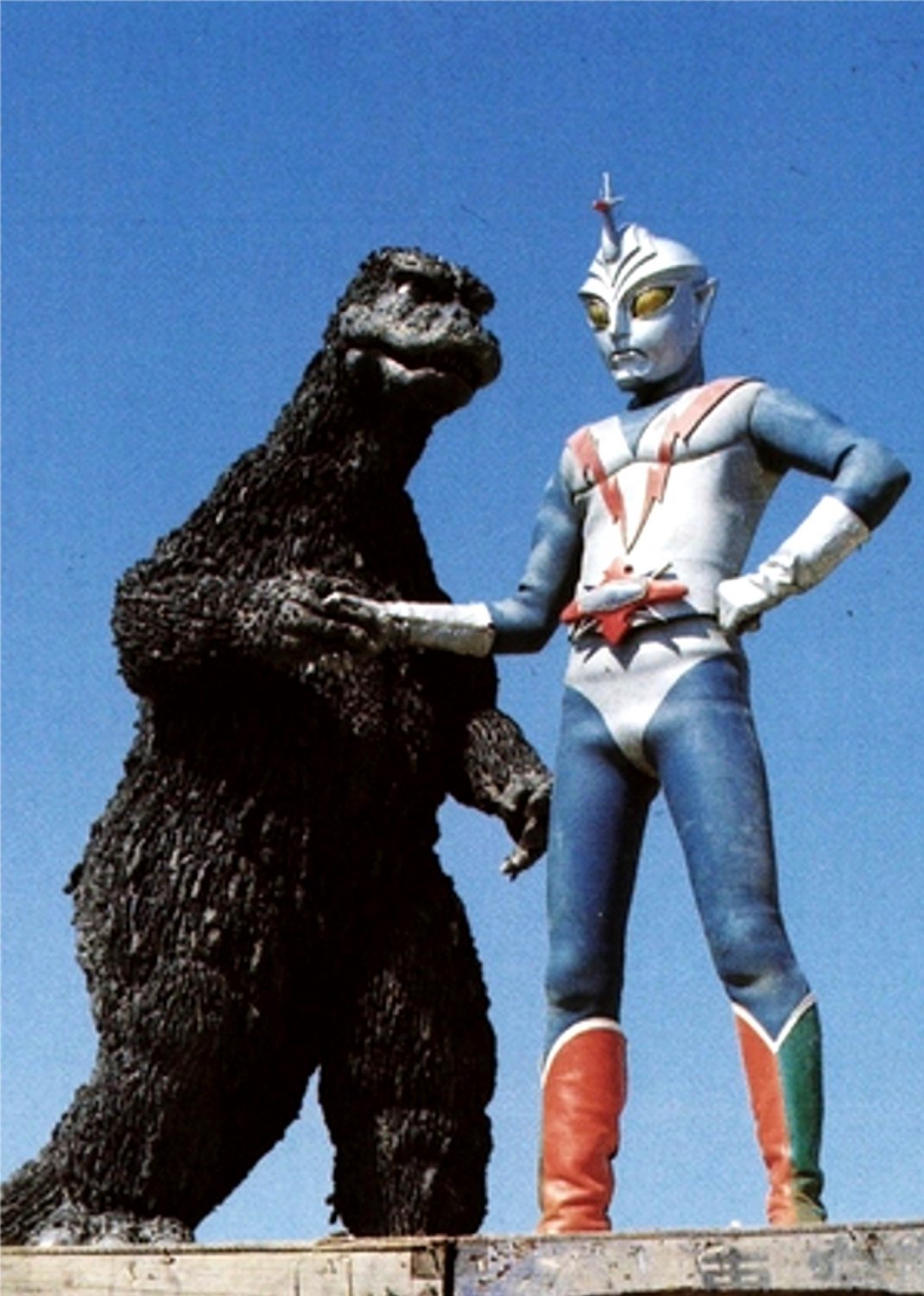 ALL 26 EPISODES in Japanese WITH ENGLISH SUBTITLES
PLUS ENGLISH MENUS


The Zone Family is forced to Earth after their home planet is destroyed by the Garoga Army. Posing as the Sakimori Family the Zone's had hoped to begin a new life, instead they become Earth's defenders against the Garoga Army. The Zone Fighters are able to transform into a giant size to battle the giant beasts enslaved by the Garoga.

Cult Japanese classic Zone Fighter aka Zone, The Meteor Man, aka Ryusei Ningen Zone, is a Tokusatsu science fiction superhero television series. The show aired on Japanese television for a scant 5 months from April 2 to September 24, 1973, with a total of 26 episodes. It became an innovative cult classic to compete with such shows as the popular Ultra Man Series, Kamen Rider and Android Kikaider. What has given Zone Fighter such notoriety is the guest appearances of such iconic characters as Godzilla, King Ghidorah and Gigan.

Godzilla, the King of the Monsters appears as the occasional ally of Zone Fighter in fighting the Garoga Terro-Beasts called forth by the Zone Family to assist when needed.

There is even a secret Godzilla Cave used for emergencies in episode 21. Godzilla appeared in Episodes 4, 11, 15, 21 and 25. He was played by actors Toru Kawai and Isao Zushi. Zushi would later play Godzilla in Godzilla vs. Mechagodzilla and Kawai would don the costume for Terror of Mechagodzilla.

King Ghidorah appeared in Episodes 5 and 6. In these appearances the space dragon was discovered being controlled by the Garogas. He is also the only monster in the series (excluding Godzilla) that didn't die in the series.

Gigan appears in Episode 11. The cyborg has lost the ability to fly or use his buzzsaw, but has been given the power to cause explosions with his scythes. He fights and is briefly defeated by Godzilla, but after reviving he is killed by Zone Fighter at the end of the episode.