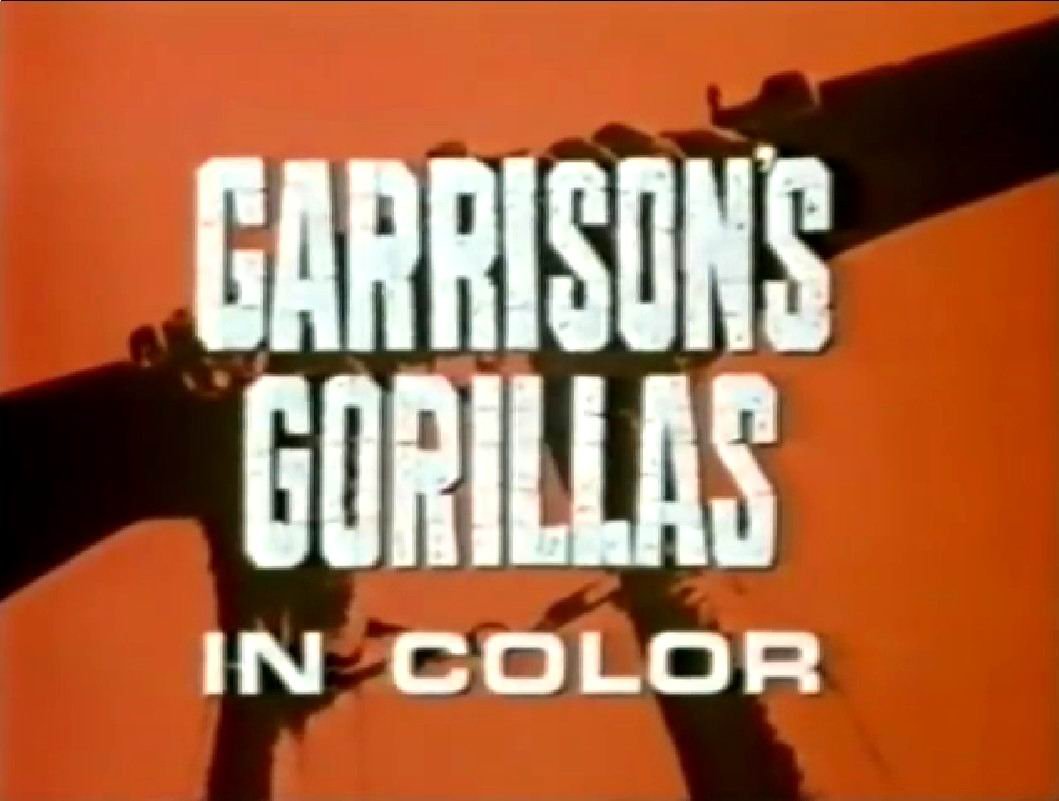 Garrison's Gorillas was an ABC TV series broadcast from 1967 to 1968; a total of 26 hour-long episodes were produced. It was inspired by the 1967 film The Dirty Dozen, which featured a similar scenario of training Allied prisoners for World War II military missions.

This is a great set. The viewing quality of these episodes is very good.

However these episodes are made from TV and may contain some imperfections.

If your expecting perfection then please don't buy this set.

This is the COMPLETE 26 episodes which includes the pilot. The quality is very good.
Action series that focused on a motley group of commandos recruited from stateside prisons to use their special skills against the Germans in World War II. They had been promised a presidential pardon at the end of the war if they worked out; if not, they could expect a firing squad. The four were Actor, a handsome, resonant-voiced con man; Casino, a tough, wiry safe-cracker; Goniff, a slender, likable cat burglar; and Chief, a rugged, somber American Indian proficient with a switchblade. Led by West Pointer First Lt. Craig Garrison, and headquartered in a secluded spot in England, this slippery group ranged all over Europe in exploits that often took them behind enemy lines. It was inspired by the 1967 film The Dirty Dozen, which featured a similar scenario of training Allied prisoners for World War II military missions.