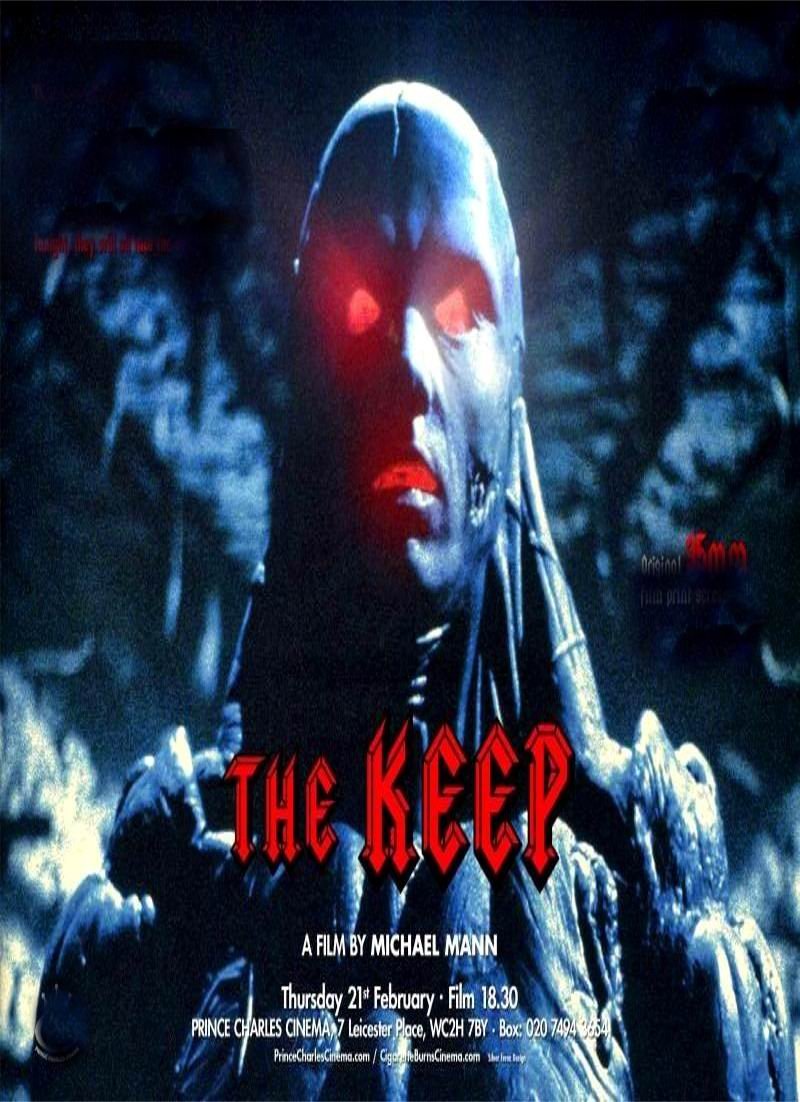 Perhaps the very best quality of this rarity that you will ever see.

Widescreen
Extras: The rare Television version
** Please note that the TV version is of substantially lower quality, but does contain notes on the difference between the two versions as well as pop up notes , which can be turned on or off, during the TV version pointing out each difference as it happens.

Set in WWII, ‘The Keep’ is a macabre tale of a strange, medieval fortress in the Transylvanian Alps. It is not a real fortress, it was built to keep out armies, but a black monumental structure discovered by Cpt Klaus Woerman, brings him to the incredible realization that it was in fact built to keep some-thing in. In its walls is a centuries old evil, more hideously powerful than even the worst mind of an SS soldier. When the German unit are sent to garrison the Keep, they are murdered one by one, night after night, until the survivors are driven mad with fear.

Following the commencement of Operation Barbarossa, a unit of the Wehrmacht under the command of Capt. Klaus Woermann occupies an uninhabited citadel in Romania to control the Dinu Mountain Pass. Two soldiers attempt to loot a metallic icon within the keep but accidentally unleash a spectral entity, which kills them. The being, known as Radu Molasar, proceeds to kill several more soldiers in the following days and begins to take corporeal form. A detachment of Einsatzkommandos under the command of the sadistic SD Sturmbannführer Eric Kaempffer arrives to deal with what is thought to be partisan activity, executing villagers as collective punishment.


DVD s are DVD-R technology and are manufactured on demand. They are not factory pressed discs.