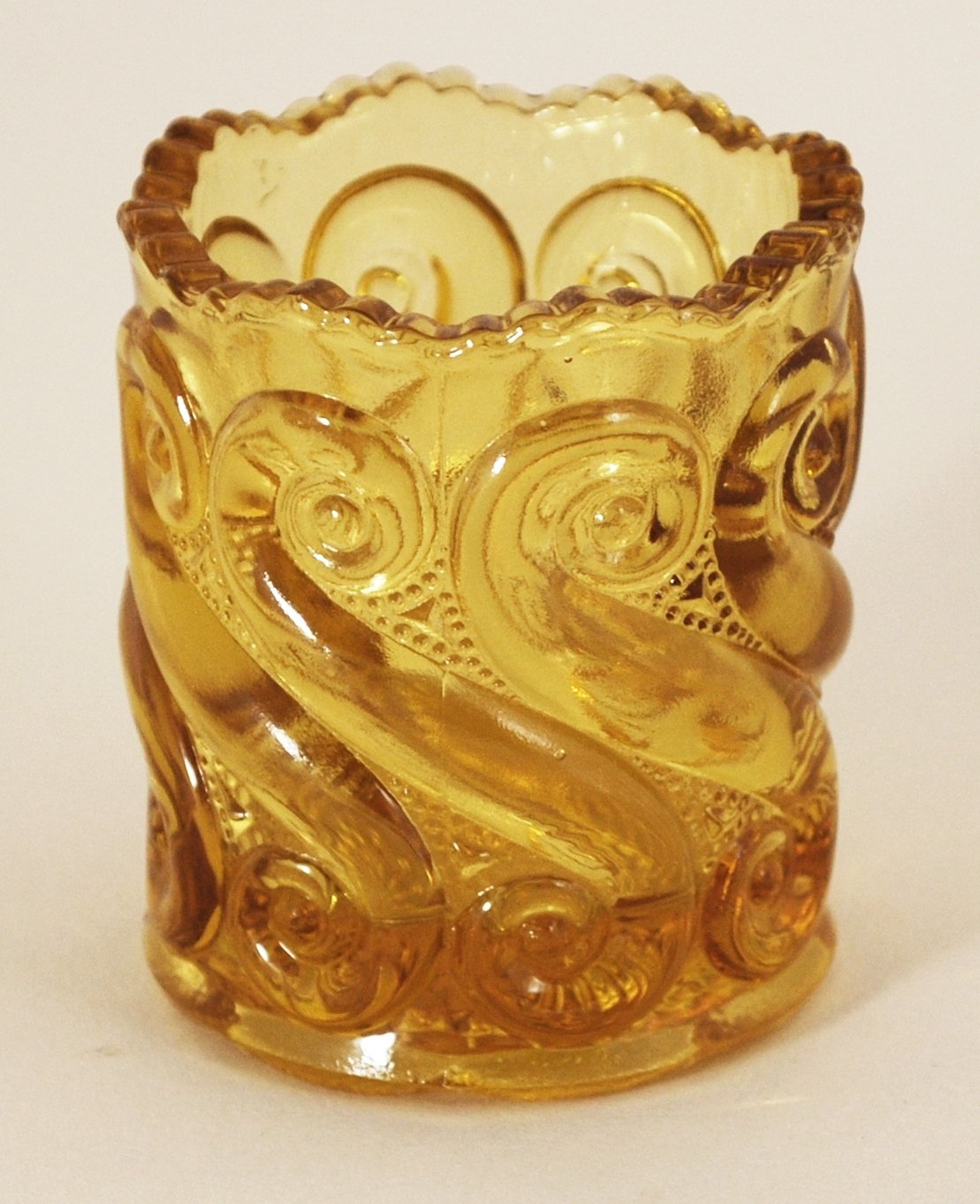 Tweet
L.G. Wright amber S Repeat toothpick holder. This is more of a golden amber. Has sawtooth scalloped rim and stands on a scalloped base. Unmarked, this pattern was first manufactured by Dugan in the early 1900s. There is no mark on this toothpick holder. 2 3/8 inches tall.

L. G. Wright did not actually manufacture glass, but had pieces made for them by many other glass companies such as Cambridge, Fostoria, Indiana, Morgantown and Fenton. L.G. "Si" Wright was a traveling salesman and represented various glass houses starting around 1935 or 1936. By 1938, he had his own company. The company closed in 1999