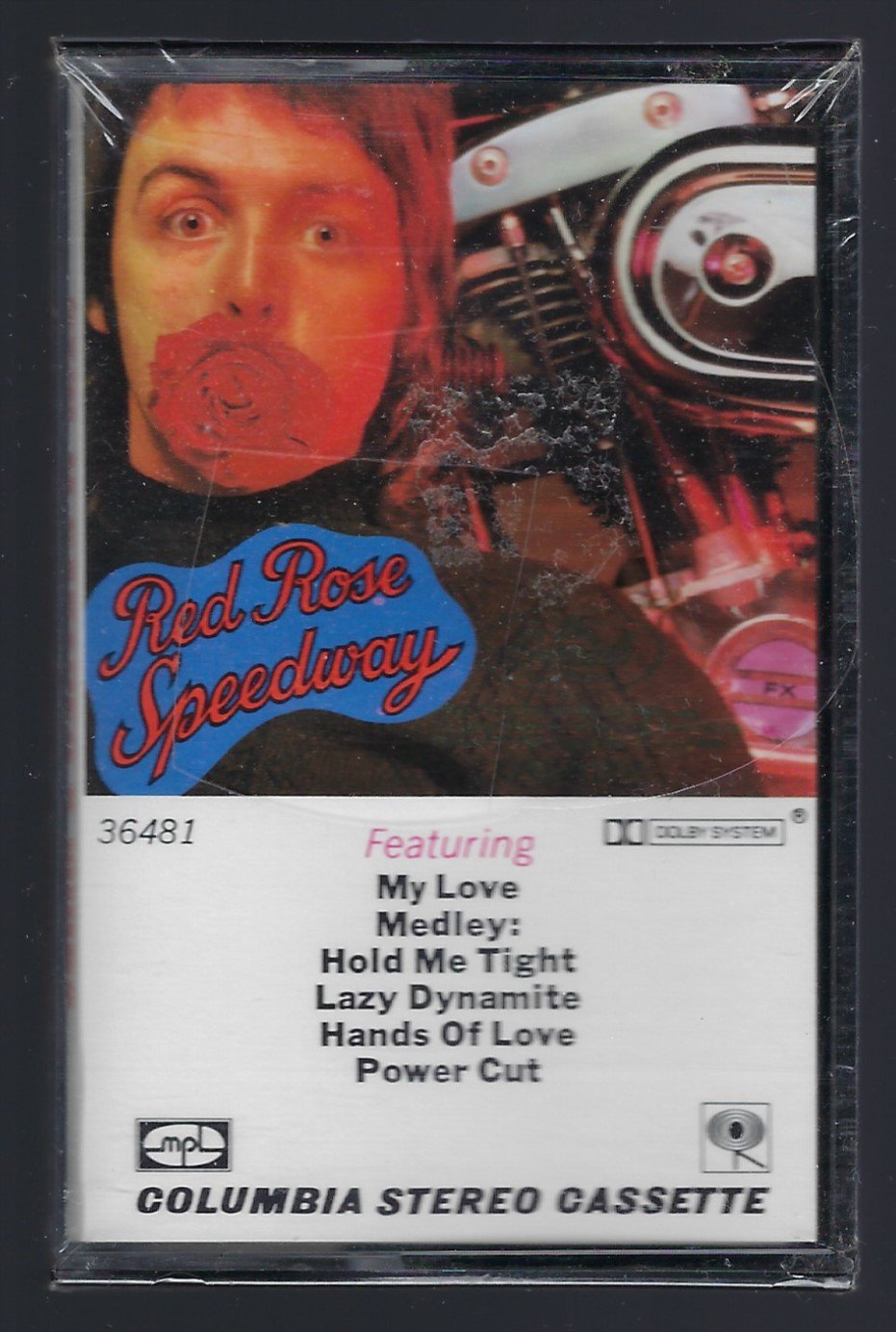 Tweet
Red Rose Speedway is the second studio album by the British–American rock band Paul McCartney and Wings, released by Apple Records in April 1973 in the US and in May 1973 in the UK. The album was the first released under the artist name "Paul McCartney and Wings" rather than "Wings" alone, mainly due to the belief that the public's unfamiliarity with the band had been responsible for the weak commercial performance of the group's 1971 debut album Wild Life.
Prior to its recording, the band recruited guitarist Henry McCullough and released their debut single "Give Ireland Back to the Irish", which was banned by the BBC for its political message. Recording sessions for the album took place throughout 1972 at five different recording studios in London. The group also recorded the singles "Mary Had a Little Lamb", "Hi, Hi, Hi" and "Live and Let Die" during these sessions, the last of which was released the following year in 1973. Originally planned as a double album, it was condensed into a single album in the hopes of releasing a more commercial and less expensive album. Members McCullogh and Denny Laine later expressed disappointment in the release of a single album, with the latter saying in its original form, the album was "more of a showcase for the band".
Upon release, Red Rose Speedway peaked at number 5 on the UK Albums Chart and number 1 on the Billboard Top LPs & Tape chart in the US, while lead single "My Love" topped the US Billboard Hot 100 and Billboard Adult Contemporary charts. However, despite its strong commercial performance, the album was given a mixed response by music critics, with several reviewers considering the songs to be inconsequential and mediocre. Decades later, the album continues to receive mixed reviews. It was re-released in 1987 and 1993 with bonus tracks and remastered in 2018 as part of the Paul McCartney Archive Collection; the 2018 remaster features the reconstructed original double LP version of the album, along with numerous previously unreleased songs, live recordings, outtakes, and the three singles the band recorded during its sessions.

Sir James Paul McCartney, MBE (born 18 June 1942) is an English musician, singer-songwriter and composer. Formerly of The Beatles (1960–1970) and Wings (1971–1981), McCartney is the most commercially successful songwriter in the history of popular music, according to Guinness World Records.

McCartney gained worldwide fame as a member of The Beatles, alongside John Lennon, George Harrison, and Ringo Starr. McCartney and Lennon formed one of the most influential and successful songwriting partnerships and wrote some of the most popular songs in the history of rock music. After leaving The Beatles, McCartney launched a successful solo career and formed the band Wings with his first wife, Linda Eastman, and singer-songwriter Denny Laine. McCartney is listed in Guinness World Records as the "most successful musician and composer in popular music history", with 60 gold discs and sales of 100 million singles in the UK.

BBC News Online readers named McCartney the "greatest composer of the millennium", and BBC News cites his Beatles song "Yesterday" as the most covered song in the history of recorded music—by over 2,200 artists—and since its 1965 release, has been played more than 7,000,000 times on American television and radio according to the BBC. Wings' 1977 single "Mull of Kintyre" became the first single to sell more than two million copies in the UK, and remains the UK's top selling non-charity single. Based on the 93 weeks his compositions have spent at the top spot of the UK chart, and 24 number one singles to his credit, McCartney is the most successful songwriter in UK singles chart history. As a performer or songwriter, McCartney was responsible for 32 number one singles on the US Billboard Hot 100 chart, and has sold 15.5 million RIAA certified albums in the US alone.

McCartney has composed film scores, classical and electronic music, released a large catalogue of songs as a solo artist, and has taken part in projects to help international charities. He is an advocate for animal rights, for vegetarianism, and for music education; he is active in campaigns against landmines, seal hunting, and Third World debt. He is a keen football fan, supporting both Everton and Liverpool football clubs. His company MPL Communications owns the copyrights to more than 3,000 songs, including all of the songs written by Buddy Holly, along with the publishing rights to such musicals as Guys and Dolls, A Chorus Line, and Grease. McCartney is one of the UK's wealthiest people, with an estimated fortune of £475 million in 2010.

Because this tape is sealed new and we cannot inspect for play-ability, we offer no warranty or guarantees on how well this tape will perform once it is opened and removed from the cellophane package.