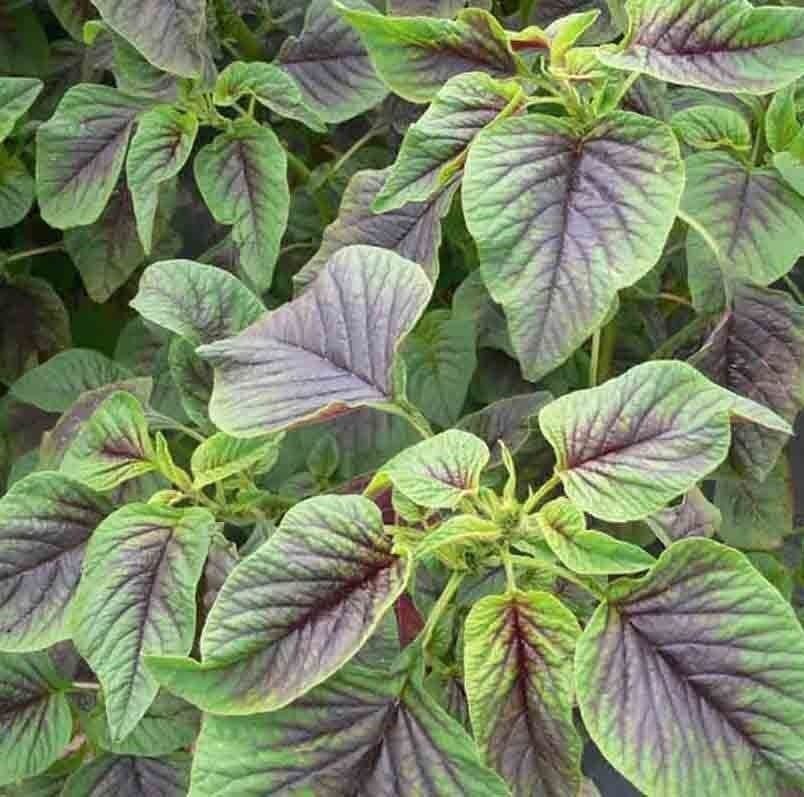 Tweet
* This Amaranth Non-GMO heirloom is considered a Traditional Chinese medicinal herb and vegetable and for good reason. xian cai, as Amaranth is know as in TCM, is reported to have many health benefits including: treating ulcers, diarrhea, inflammatory conditions and even certain allergies!* The Aztecs used Amaranth extensively in their diet.* This superior open pollinated Amaranth is grown for both its ornamental appeal and its great flavor.* Red Callaloo Amaranth, also known as Chinese Spinach, makes a fine addition to an edible landscaping plot.* It has a spinach like flavor and is often used in soups and in a stir-fry.* This heat loving plant from Asia does great in containers as well as the garden.* Amaranth does great in small spaces like apartment balconies.* You can plant this natural Red Callaloo in a succession planting scheme.* Amaranth can be used as cereals, herbs, vegetables, grains or as ornamentals.* Amaranth is fortified with Vitamin K, A and C. It is also rich in Manganese, Calcium and other minerals.* It is widely used in herbal medicine from treating skin issues, sore throats etc...* Amaranth is quite often blended into smoothies to help make skin more youthful in appearance.* Always seek a Physicians guidance when using herbal remedies.
... [Full Description]