The Glory of Our Game 2 Hockey Heros, Heritage and History from The Golden Porcupine 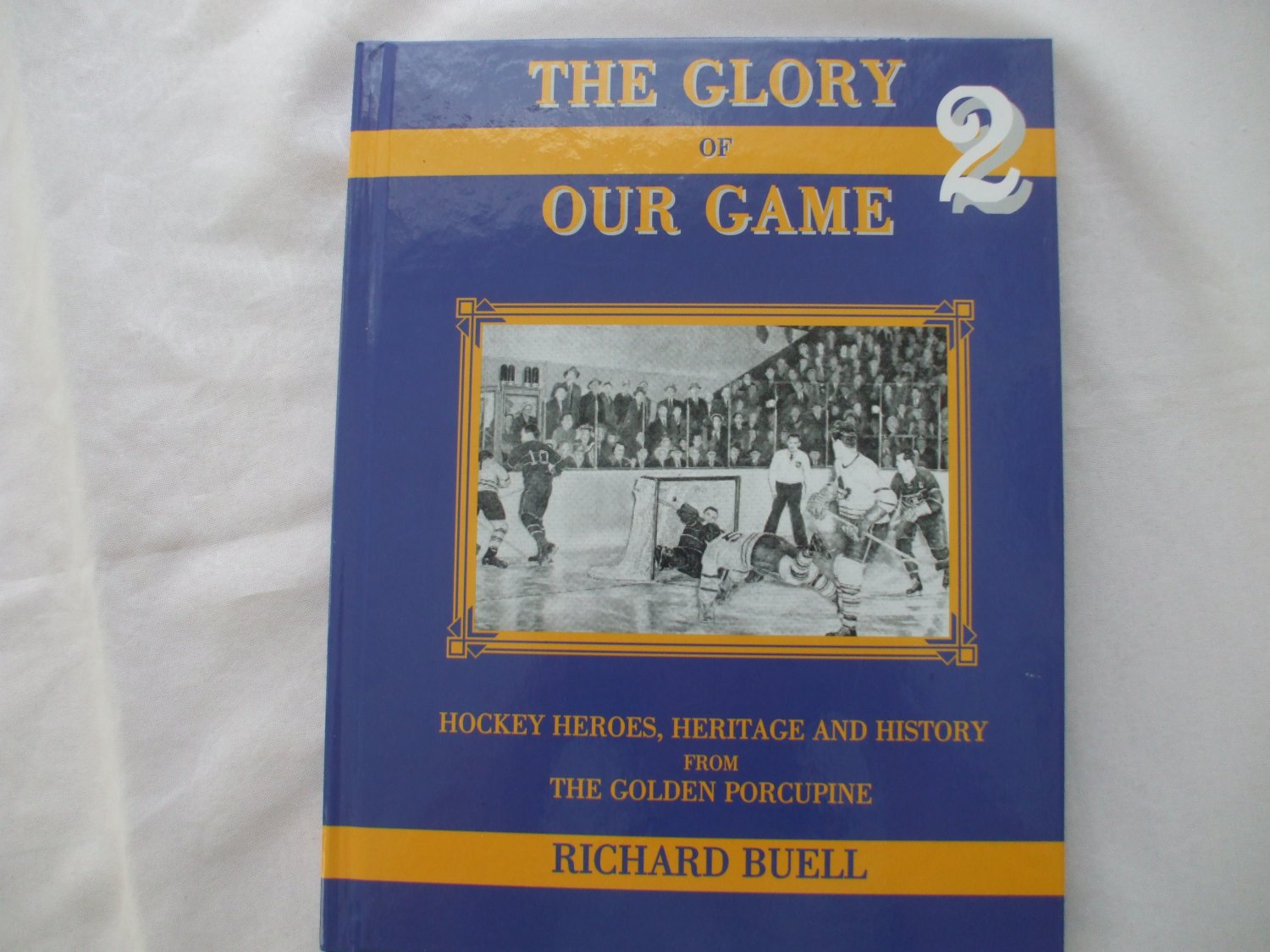 Tweet
The Glory of Our Game 2
Hockey Heros, Heritage and History
from The Golden Porcupine
Richard Buell
1st edition printed 2010
brand new from the author never been read,
autographed by the author Richard Buell
isbn: 978-0-9810716-0-2
hardcover 267 pages
Tons of black and white photos
comes from no smoking no animal home
Hockey is a sport that was started in small towns because small towns
existed long before big cities and before the National Hockey League was
invented, the build up all started with boys dreaming of hitting the big time
as hockey playersand also working hard to get there.
This book deals with the colorful hockey history of the Porcupine area in Northern Ontario Canada
In The Glory of our Game, hockey heros, heritage and history from the Golden Porcupine,
You'll learn who became pro hockey players, and about the Old Mines Leagues, Junior Hockey
in the North, the Senior Leagues and the builders of the game who have contributed to the great game
of hockey that hockey fanatics watch today.
Timmins is not just where Shania Twain was born, Timmins and the porcupine area have turned out
many great hockey players. Die hard hockey fanatics will know all about.... Bill Barilko, Les Costello, Murray Costello,
Larry Courville, Shean Donovan, Steve Sullivan Marc Katic and many more.
Hockey fanatics as well as hockey historians will love and appreciate this reading,
such as Elliotte Friedman of Hockey Night In Canada who was present with a copy
of this book when Friedman stopped in Timmins Ontario.
So if you're a hockey fanatic, or married to a hockey fanatic or you know a hockey fanatic,
this book is needed in their collection.
... [Full Description]

Other Products from ladysclothesjewelrycraftstoys (View All)