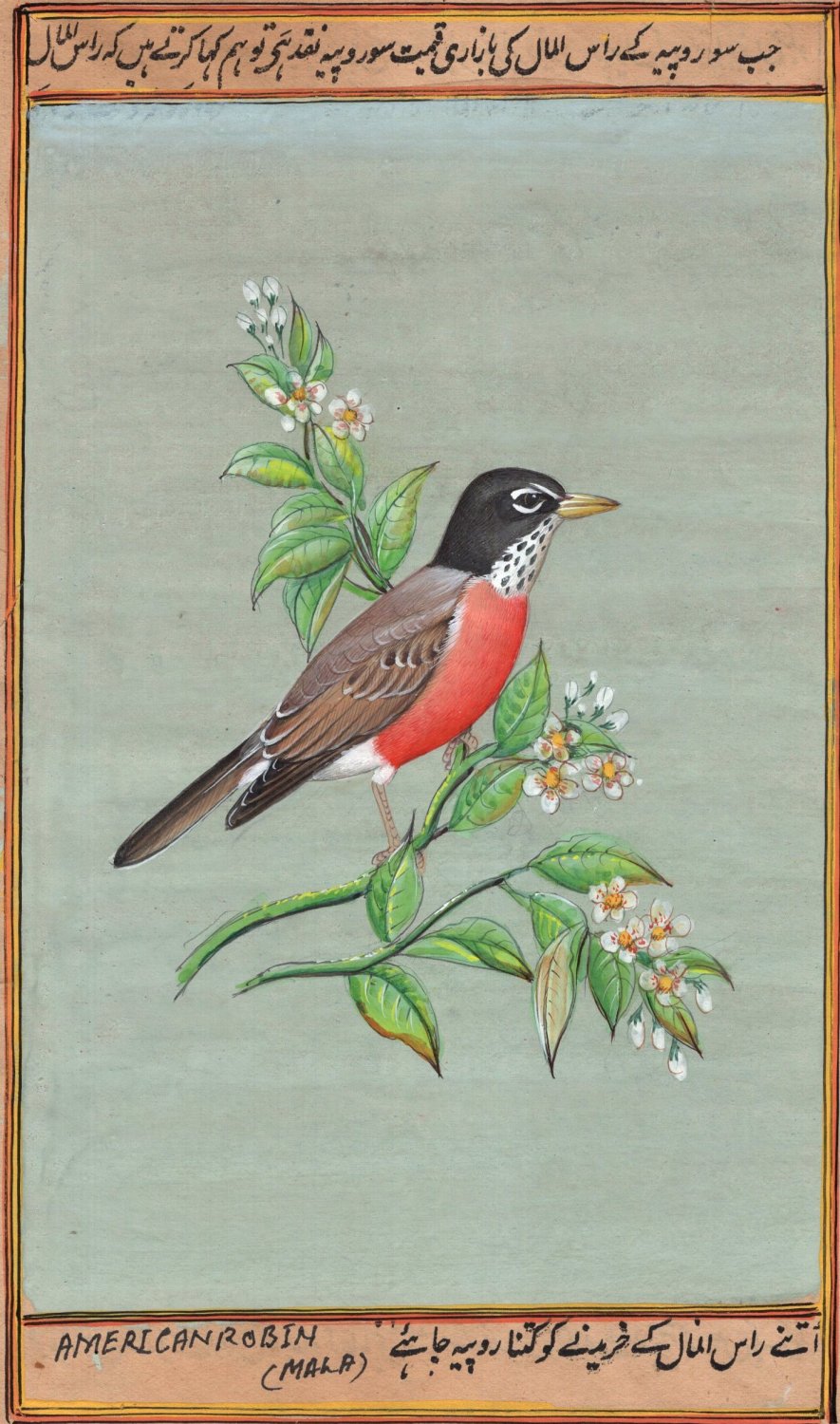 The American Robin is the official state bird of Connecticut, Michigan, and Wisconsin.

The American robin is a migratory songbird that is widely distributed throughout North America, wintering from southern Canada to central Mexico and along the Pacific Coast. According to some sources, the American robin ranks as the most abundant land bird in North America. The American robin is active mostly during the day and assembles in large flocks at night. It is among the earliest birds to sing at dawn, and its song consists of several discrete units that are repeated.

The precise manner in which the splendidly patterned bird is depicted parallels a tradition of descriptive painting that had been practiced at many royal courts in India since the sixteenth century.

Only one in stock. Don't miss out on this exclusive bird miniature artwork. Buy now.