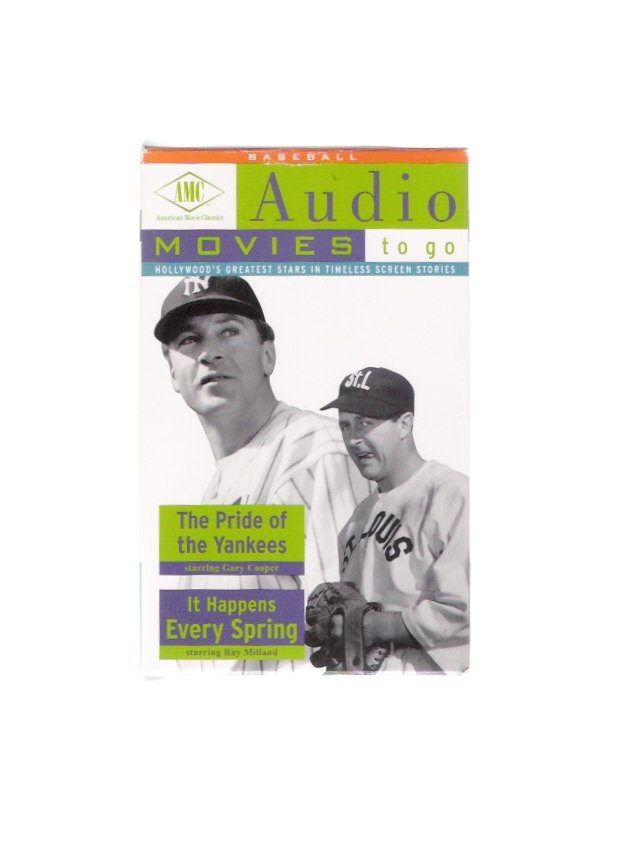 Note: Back in the day, Hollywood often released radio show versions (sometimes several) of their more popular films. Such was the case with The Pride of the Yankees (1942) which starred Gary Cooper as the legendary Lou Gehrig and the sci-fi baseball comedy It Happens Every Spring (1949) starring Ray Milland as a chemistry professor who invents a substance that repels wood (a rather handy item if you're a big league pitcher). Where The Pride of the Yankees film version features Teresa Wright as Gehrig's wife, the radio version stars Virginia Bruce. Similarly, where the It Happens Every Spring movie version co-stars Jean Peters, the radio version features Colleen Townsend in that role.