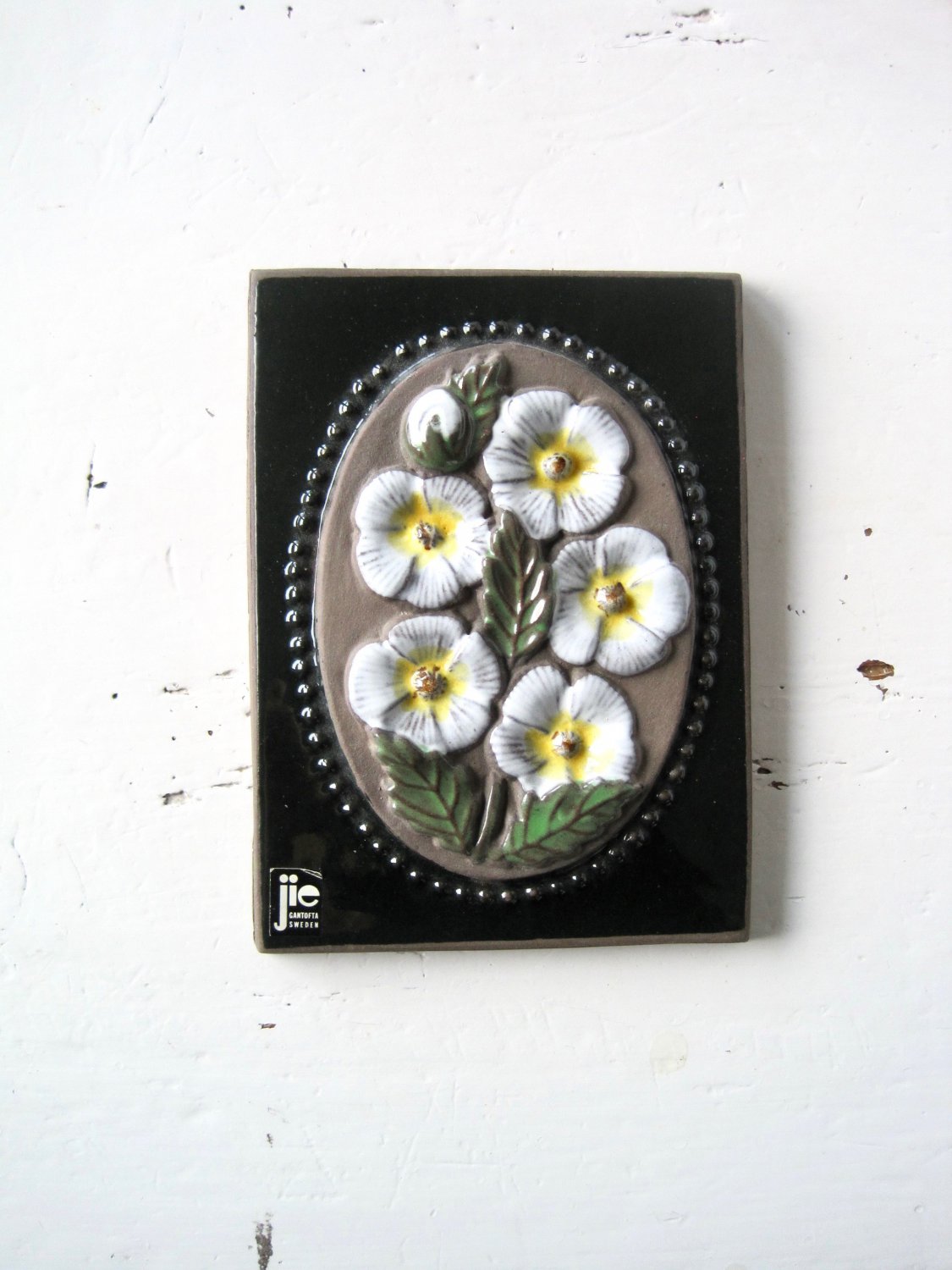 This listing is for one plaque is in very good vintage condition. No chips, no cracks and no crazing. The plaque still has the original sticker of the producer.

About the Aimo Nietosvuori and JIE

Aimo Nietosvuori was born in Asikkala, Finland in 1933. In 1962 he moved to Västerås, South-East Sweden, where he established his own Ceramic Studio known as Atelié Lertuppen in Västerås. At Atelié Lertuppen he created hundreds of pieces and gave several pottery courses to the local community. In 1967, during an exhibition of the Atelié, Aimo met with a person from JIE Keramik, interested in his creations. In the same year Aimo Nietosvuori started a very successful 10 years partnership with JIE, traveling to Skåne numerous occasions. In 1976 JIE bought Aimo's company in AB Lertuppen and Aimo from that time on he was a dedicated designer at JIE Gantofta, in its factory in Skåne until 1992 when the company's founder John Evert ("JIE") Johnson died and his company went bankrupt.