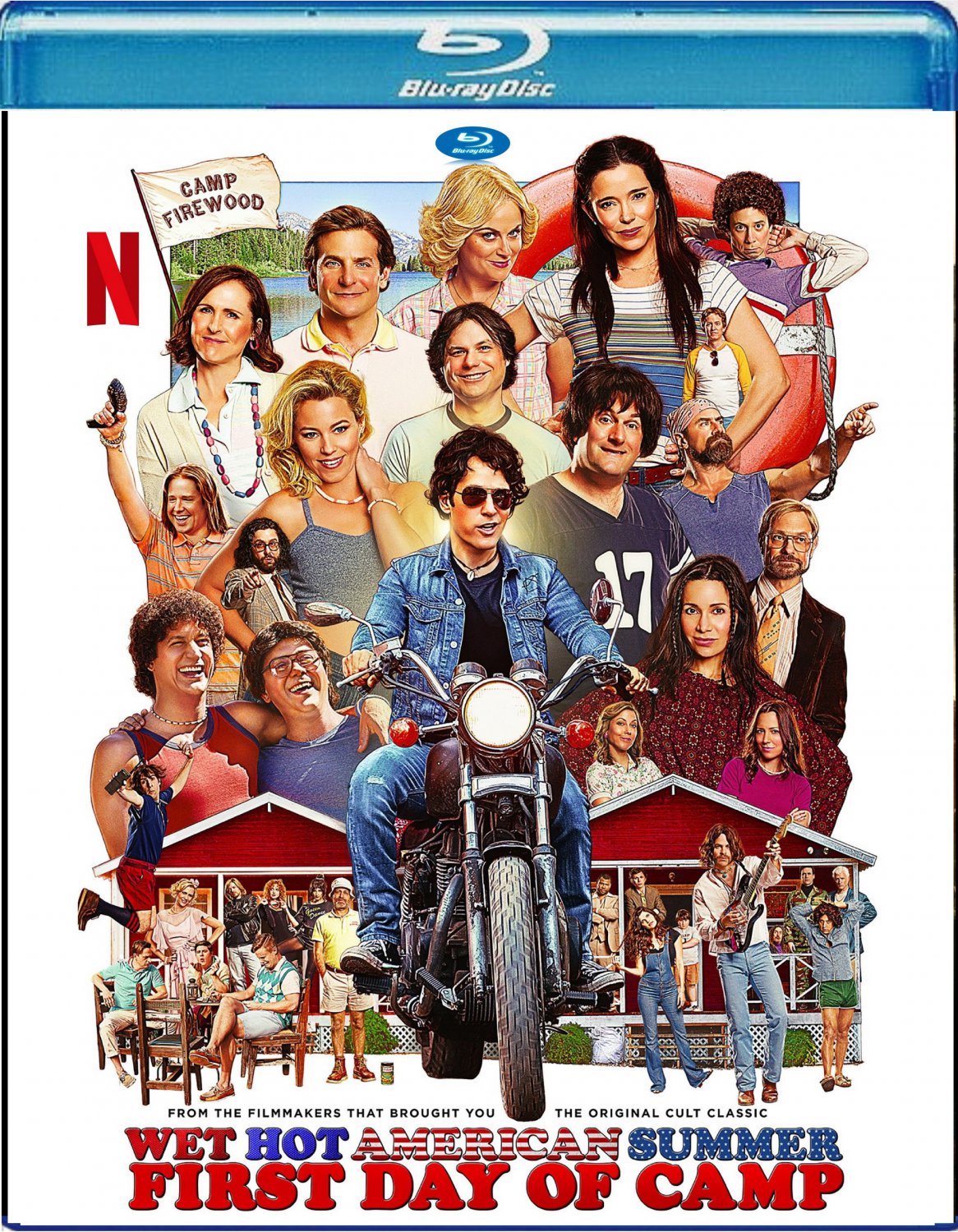 Tweet
Counselors and campers check in for what's billed as "the summer of your life" at Maine's Camp Firewood in 1981. The Netflix original is a prequel to the 2001 cult film "Wet Hot American Summer," and features many of the same actors, portraying even younger versions of themselves than they did in the film. Reuniting the original cast was no small feat, given the busy careers of Paul Rudd, Elizabeth Banks, Christopher Meloni, Janeane Garofalo, Bradley Cooper and Amy Poehler. New to camp in 2015 are Chris Pine, Jon Hamm and Kirsten Wiig. Original director David Wain helms the series, and he and Michael Showalter penned the scripts.

ABOUT NETFLIX TITLES:
We provide a service . The content of the Blu-ray and/or DVD's are transcribed to disc from a digital source used for streaming. This is done by Netflix Media Services lawfully under Netflix's Terms Of Use. [Read section 4.6 for the specifics.] Our discs are intended as a viewing option for Netflix subscribers and their use is in compliance with all copyright laws. It is a violation of set terms to use this media for broadcast or other commercial use and items are prohibited from being resold or distributed in any way without the written permission of Netflix, Inc.
... [Full Description]