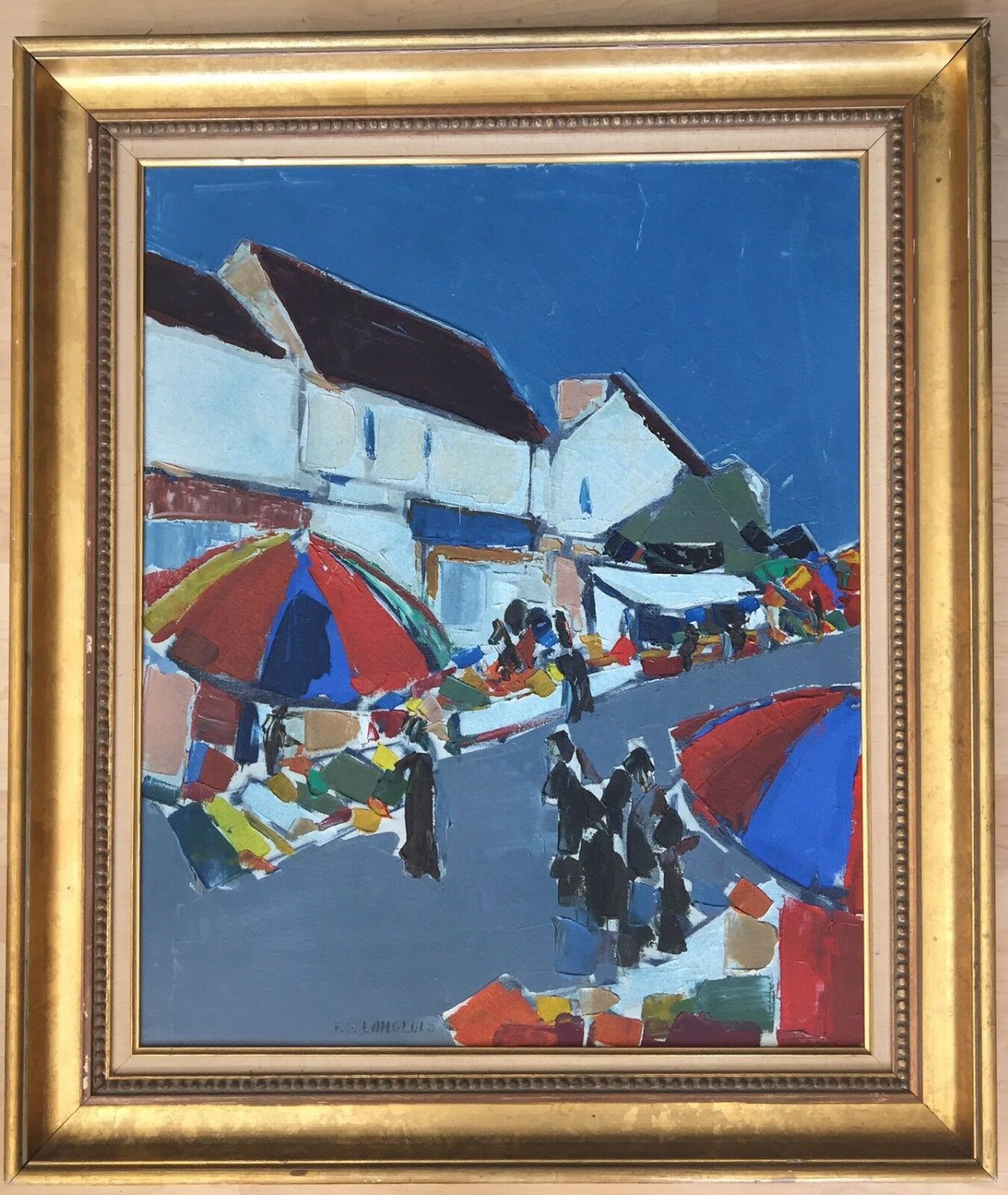 Tweet
Pierre-Gerard Langlois,French,born in 1940.
Oil on canvas painting depicting the houses and street market place. Framed,signed in lower central part.
Measurements: 31" x 36"
About the artist:
Composer of illustrious set decorations and costumes, particularly for Lanvin (until 1962), Chanel (Until 1964) and for the National popular Theater of Jean Vilar, Pierre Gérard Langlois is an artist born in Montauban in 1940.
He initially studied chemistry and then took courses of decorative arts at the School of Fine Arts of Rouen.
His paintings attracted the attention of the theater director of Champs-Elysées (Felix Valoussière) and the director of the Vendôme Gallery (Elie-Leon Brami), who organized the first exhibition of the artist.
His paintings, in oil and acrylics, have the features of a landscapes in the confines of a semi-abstract art with minimalist tones.
Nevertheless, he started to use a much more colorful pallette in 1976 ( year which coincides with his journey to Thailand and his Bronze collection ) to depict his still life, his Morrocan villages, his musicians and the roofs of Paris. In order to detach some of his pieces pieces from a universe which was identified with his name, the artist signed certain paintings as G Duroc2.
Seventeen years after his death, his art resurfaced thanks to the discovery of more than four hundred paintings in his workshop.
Pastel colors are predominant in his accents of lyrical and geometric abstractions.
The amateurs of Langlois and G Duroc share his heritage during two products ( at the Hotel des Ventes de la Seine in Rouen).
His exhibitions were abundant during the 70s in Paris (particularly a the Galerie de Paris), as well as in Toulouse, Rennes, Saint-Denis de la Réunion, Tunis, Texas, San Antonio etc.
... [Full Description]

Other Products from aquariusantiques (View All)