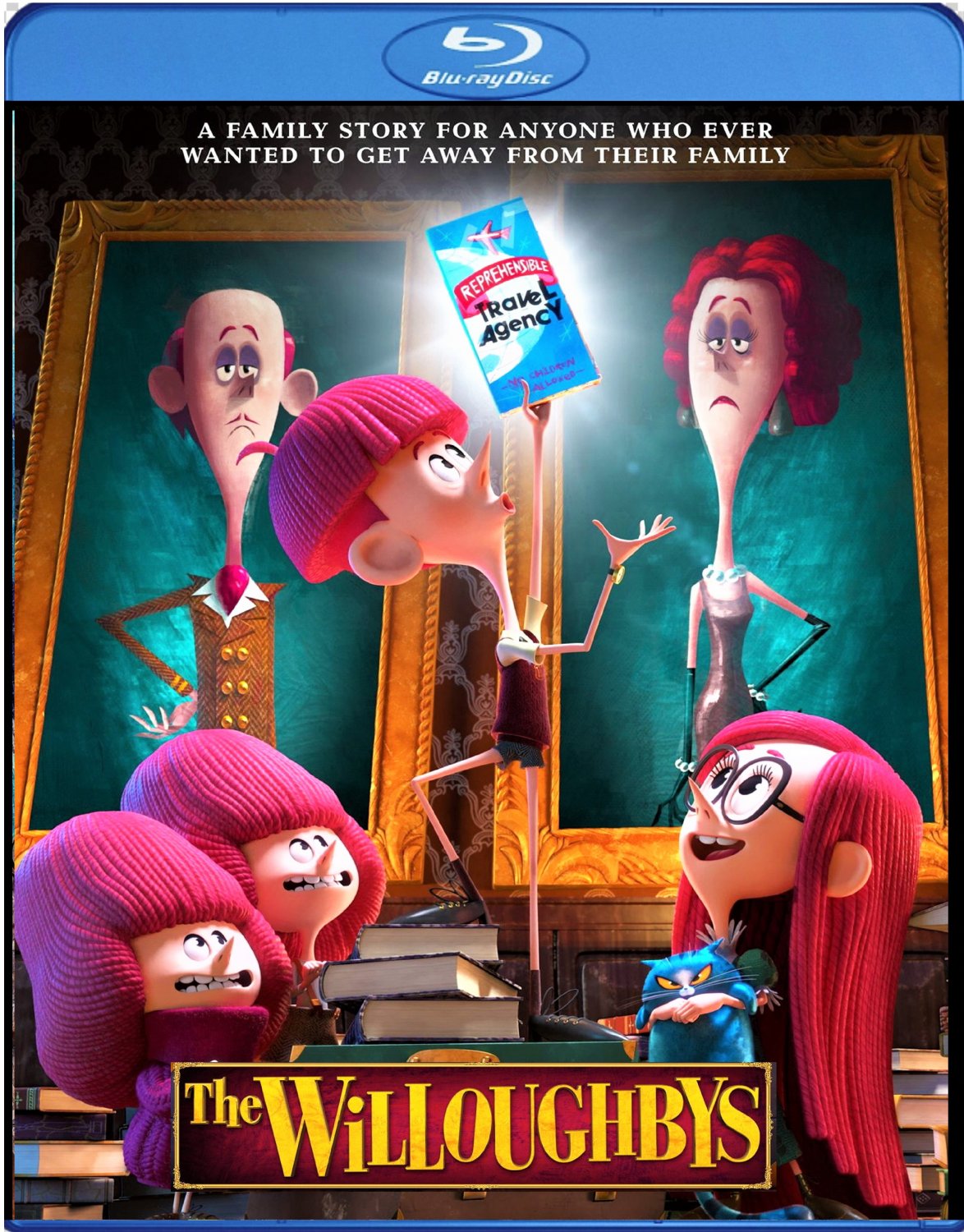 Tweet
The Willoughbys is a 2020 computer-animated comedy film directed by Kris Pearn and co-directed by Rob Lodermeier. Based on the book of the same name by Lois Lowry, the film's screenplay was written by Pearn and Mark Stanleigh, and stars the voices of Will Forte, Maya Rudolph, Alessia Cara, Terry Crews, Martin Short, Jane Krakowski, Seán Cullen, and Ricky Gervais, who also narrates the film. It was released on Netflix on April 22, 2020.

About Netflix Titles:
We provide a service . The content of the Blu-ray and/or DVD's are transcribed to disc from a digital source used for streaming. This is done by Netflix Media Services lawfully under Netflix's Terms Of Use. [Read section 4.6 for the specifics.] Our discs are intended as a viewing option for Netflix subscribers and their use is in compliance with all copyright laws. It is a violation of set terms to use this media for broadcast or other commercial use and items are prohibited from being resold or distributed in any way without the written permission of Netflix, Inc.
... [Full Description]