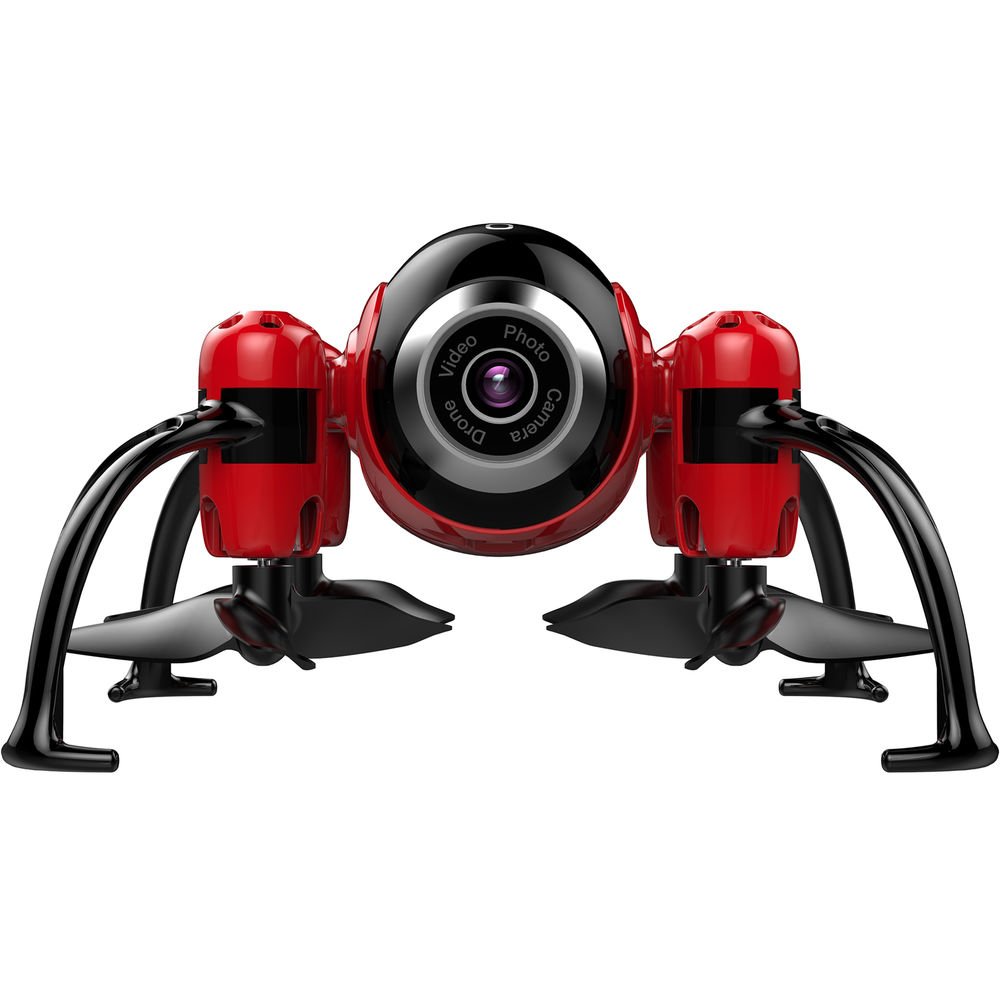 The Kolibri Torpedo is a micro-size quadcopter drone with a 7-minute flight time and approximately 50' travel range. It has an integrated camera that captures 480p15 video and still photos in a 90° wide-angle field of view.

The Torpedo can be operated from up to 50' away using the included controller or from up 33' using an iOS or Android device. The free app allows you to pull up all the controls on your phone's screen and operate the drone while monitoring its point-of-view on the same screen. Control functions include making the drone roll and flip in the air. The drone is ultra-compact and measures about 2.6 x 2.6 x 1.5". All videos and photos are stored directly to your phone or tablet via the app.

A feature called Altitude Hold will allow you to maintain the same altitude while being able to travel in all directions and capture images of different scenery. You can also map out custom routes using the mobile app and send the copter off on autonomous flights. Other features include one-button takeoff and automatic emergency landing.

The Torpedo can also be used with smartphone VR goggles that allow you to have a first-person view of everything your drone sees.

Other Products from bxglobal (View All)