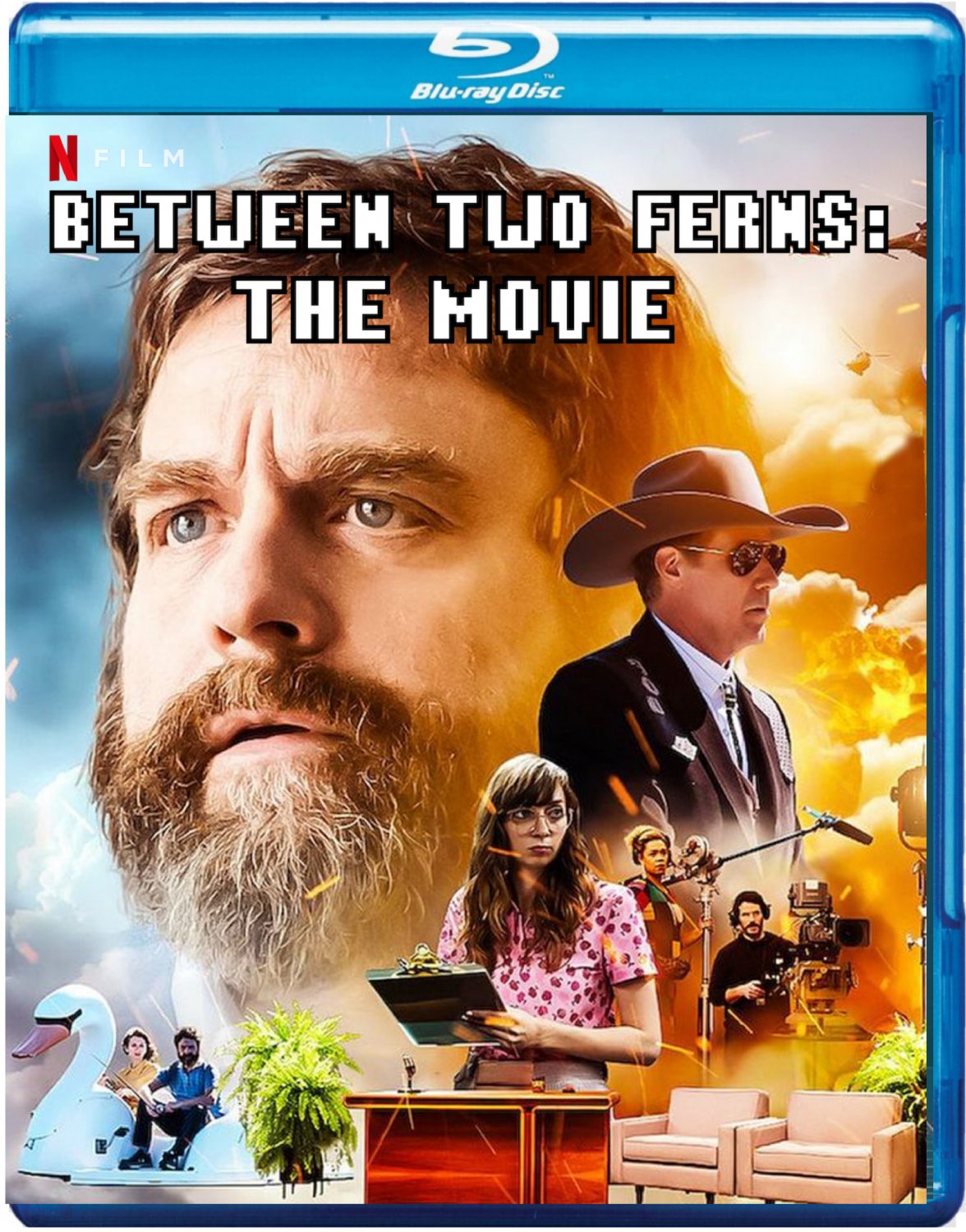 Tweet
Between Two Ferns: The Movie is a 2019 American comedy film directed by Scott Aukerman and starring Zach Galifianakis that acts as a spin-off of the web series of the same name. The film was released on September 20, 2019, on Netflix

PLOT: Zach Galifianakis "dreamed of becoming a star. But when Will Ferrell discovered his public access TV show Between Two Ferns and uploaded it to Funny Or Die, Zach became a viral laughingstock. Now Zach and his crew are taking a road trip to complete a series of high-profile celebrity interviews and restore his reputation

We provide a service . The content of the Blu-ray and/or DVD's are transcribed to disc from a digital source used for streaming. This is done by Netflix Media Services lawfully under Netflix's Terms Of Use. [Read section 4.6 for the specifics.] Our discs are intended as a viewing option for Netflix subscribers and their use is in compliance with all copyright laws. It is a violation of set terms to use this media for broadcast or other commercial use and items are prohibited from being resold or distributed in any way without the written permission of Netflix, Inc.
... [Full Description]