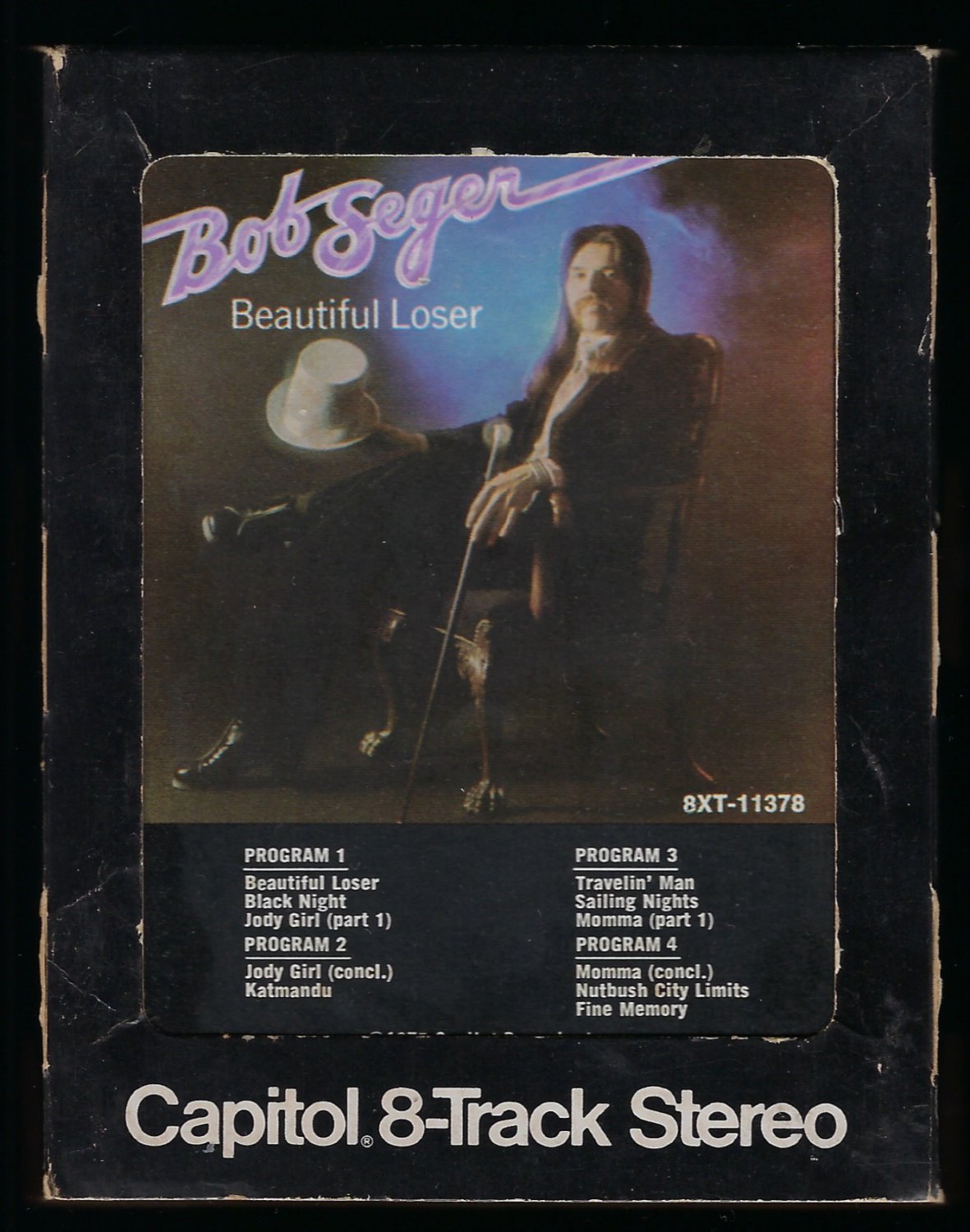 Tweet
Beautiful Loser is the eighth studio album by American rock artist Bob Seger, released in 1975 (see 1975 in music). This album marked Seger's return to Capitol Records after a four-year split. His previous record with Capitol was Brand New Morning in 1971.
The album relied mostly on session musicians from the Muscle Shoals Rhythm Section, but the Silver Bullet Band members were used separately on some songs and together on "Nutbush City Limits," a cover song of the hit by Ike & Tina Turner.

Robert Clark Seger (/ˈsiːɡər/, born May 6, 1945) is an American singer, songwriter and musician. As a locally successful Detroit-area artist, he performed and recorded as Bob Seger and the Last Heard and Bob Seger System throughout the 1960s, breaking through with his first album, Ramblin' Gamblin' Man (which contained his first national hit of the same name) in 1968. By the early 1970s, he had dropped the 'System' from his recordings and continued to strive for broader success with various other bands. In 1973, he put together the Silver Bullet Band, with a group of Detroit-area musicians, with whom he became most successful on the national level with the album Live Bullet (1976), recorded live with the Silver Bullet Band in 1975 at Cobo Hall in Detroit, Michigan. In 1976, he achieved a national breakout with the studio album Night Moves. On his studio albums, he also worked extensively with the Alabama-based Muscle Shoals Rhythm Section, which appeared on several of Seger's best-selling singles and albums.
A roots rocker with a classic raspy, powerful voice, Seger wrote and recorded songs that deal with love, women, and blue-collar themes and is an example of a heartland rock artist. Seger has recorded many hits, including "Night Moves", "Turn the Page", "Still the Same", "We've Got Tonite", "Against the Wind", "You'll Accomp'ny Me", "Hollywood Nights", "Shame on the Moon", "Like a Rock", and "Shakedown", the last of which was written for the 1987 film Beverly Hills Cop II and topped the Billboard Hot 100 chart. Seger also co-wrote the Eagles' number-one hit "Heartache Tonight", and his recording of "Old Time Rock and Roll" was named one of the Songs of the Century in 2001.
With a career spanning six decades, Seger has sold more than 75 million records worldwide, making him one of the world's best-selling artists of all time. Seger was inducted into the Rock and Roll Hall of Fame in 2004 and the Songwriters Hall of Fame in 2012. Seger was named Billboard's 2015 Legend of Live honoree at the 12th annual Billboard Touring Conference & Awards, held November 18–19 at the Roosevelt Hotel in New York. He announced his farewell tour in September 2018.