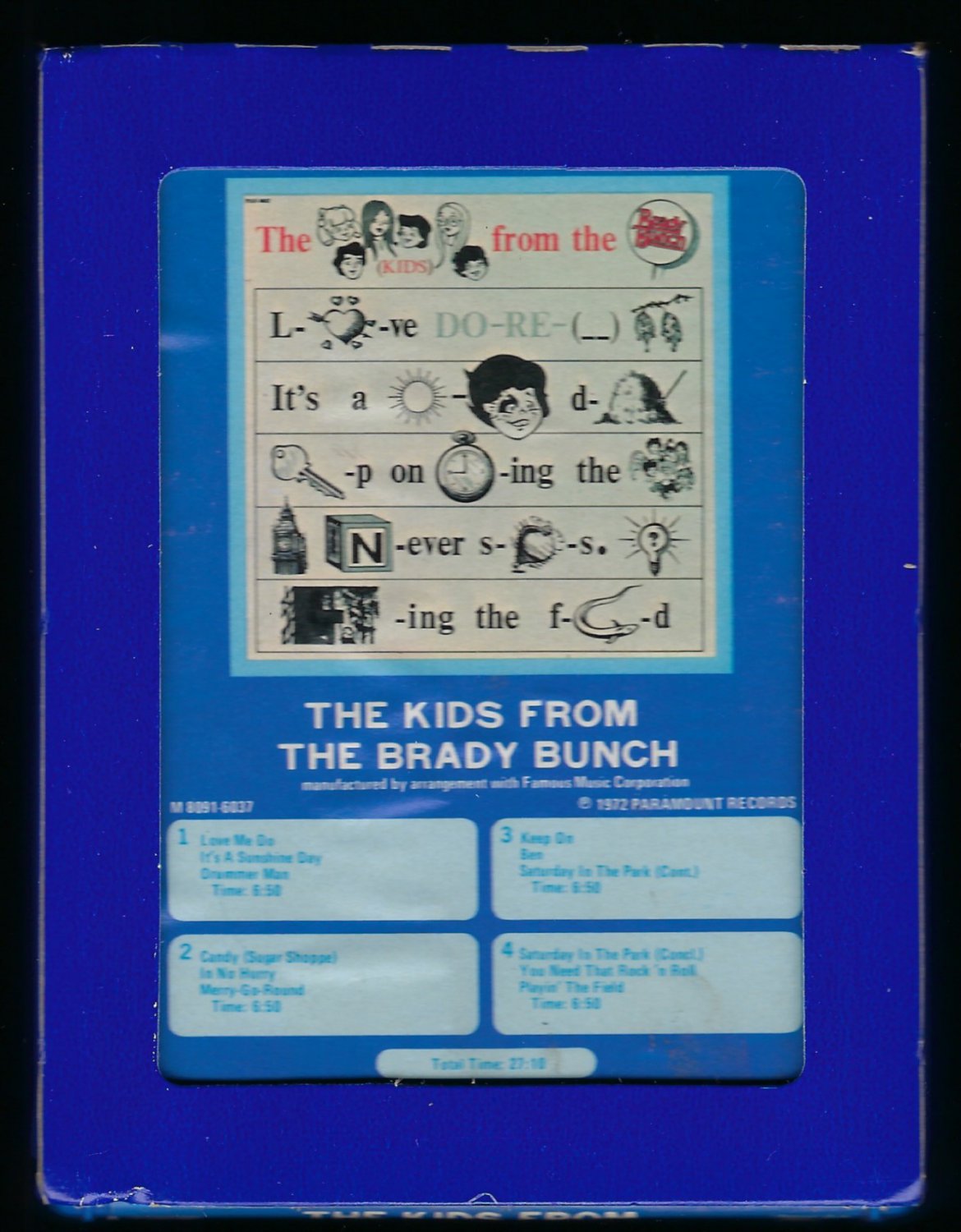 Tweet
The Kids from the Brady Bunch is the third studio album by American pop group the Brady Bunch. It was released on December 4, 1972, by Paramount Records. Two songs on the album, "It's a Sunshine Day" and "Keep On", were featured on season 4, episode 16 of The Brady Bunch, "Amateur Nite".

The Brady Bunch is an American sitcom created by Sherwood Schwartz and starring Robert Reed, Florence Henderson, and Ann B. Davis. The series revolved around a large blended family. The show originally aired from September 26, 1969 to March 8, 1974 on ABC and was subsequently syndicated internationally.