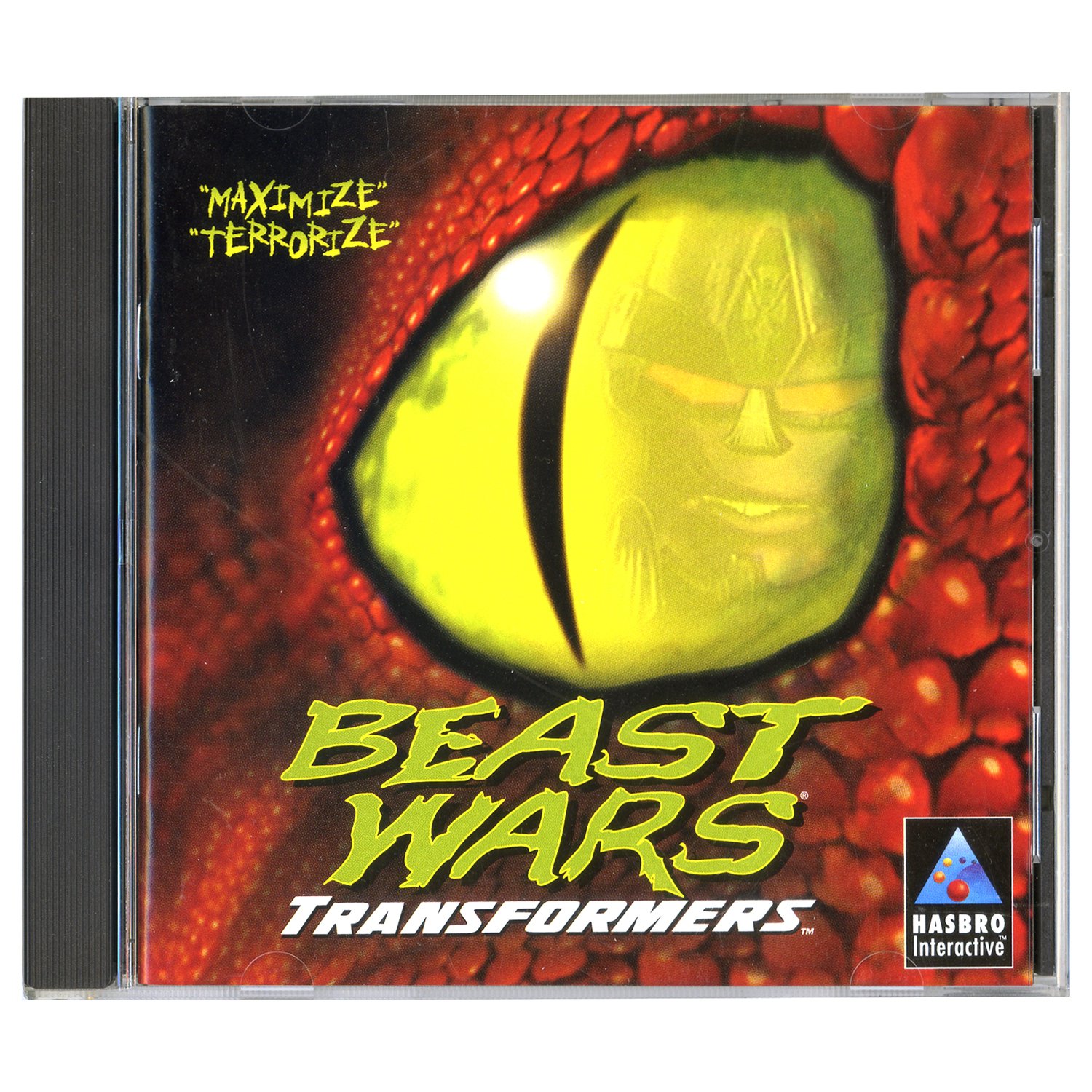 Tweet
Beast Wars Transformers is a 3D action/shooter based on the show of the same name. Not unlike MDK, the game is viewed from the third-person perspective with the majority of the action involving combat.

The game features a total of twenty-four levels, meaning twelve campaigns for both the Predacons and Maximals. Players also choose from a selection of ten transformers, including Megatron, Rinox, and Optimus Primal, each with their characteristic "beast warp" that can take place at the press of a button. Game play is very simple and is geared toward a generally younger fan base with the main objective being simply to destroy everything with your weapons and follow the paved-out environments. This objective is made easier by the game's auto-aim feature that locks onto an opponent when directed near that target

Beast Wars Transformers options include targeting, difficulty, auto camera, fast turn, sound balance, and the choice of gamepad, keyboard, or joystick control. In addition to the single-player mode, Hasbro has also managed to include a multiplayer mode where up to four players can play over the Internet, modem, or LAN. Players can also view high scores, load saved games, view the credits and choose from various resolutions and 3D setups

From the Manufacturer: A Maximal and Predacon ships crash land on a prehistoric Earth. They fuse themselves with animals to protect themselves from an Energon source before it damages them. But the war over the Energon has to be postponed as an evil alien race, the Skriix, emerge from another dimension to attack both factions. As one of these Transformers, it's time to battle in 15 third-person missions against ten types of enemies to stop the Skriix from acting out the future as it has to.