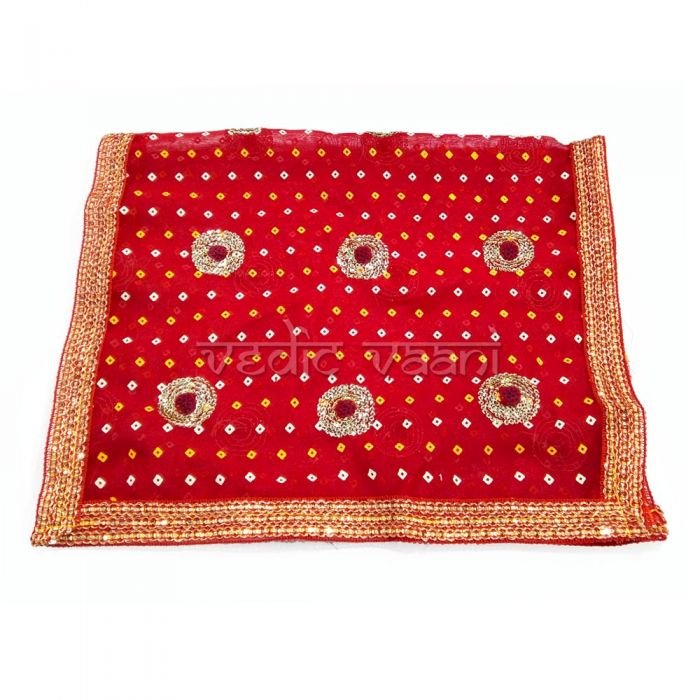 Tweet
Embroidery Leheriya Bandhani Chunri is an integral part of festivities.It is draped on head and shoulders like a scarf by women during religious functions, ceremonies and prayer rituals. It is draped around Deity Idols and altars and thus made from auspicious colors. Often a chunri is used in altar as a seat for Idols and yantras and for adding color and festivity to the prayer room.

Offering the Chunri to Devi or Goddess or any deity is a age old tradition which signifies respect towards the deities. Chunri is also laid down before installing a deity idol. The Chunri is laid on a pedestal and then the deity idol is installed on top of it. Covering the top part of the Goddess statue and photo is also a widely practiced tradition
... [Full Description]