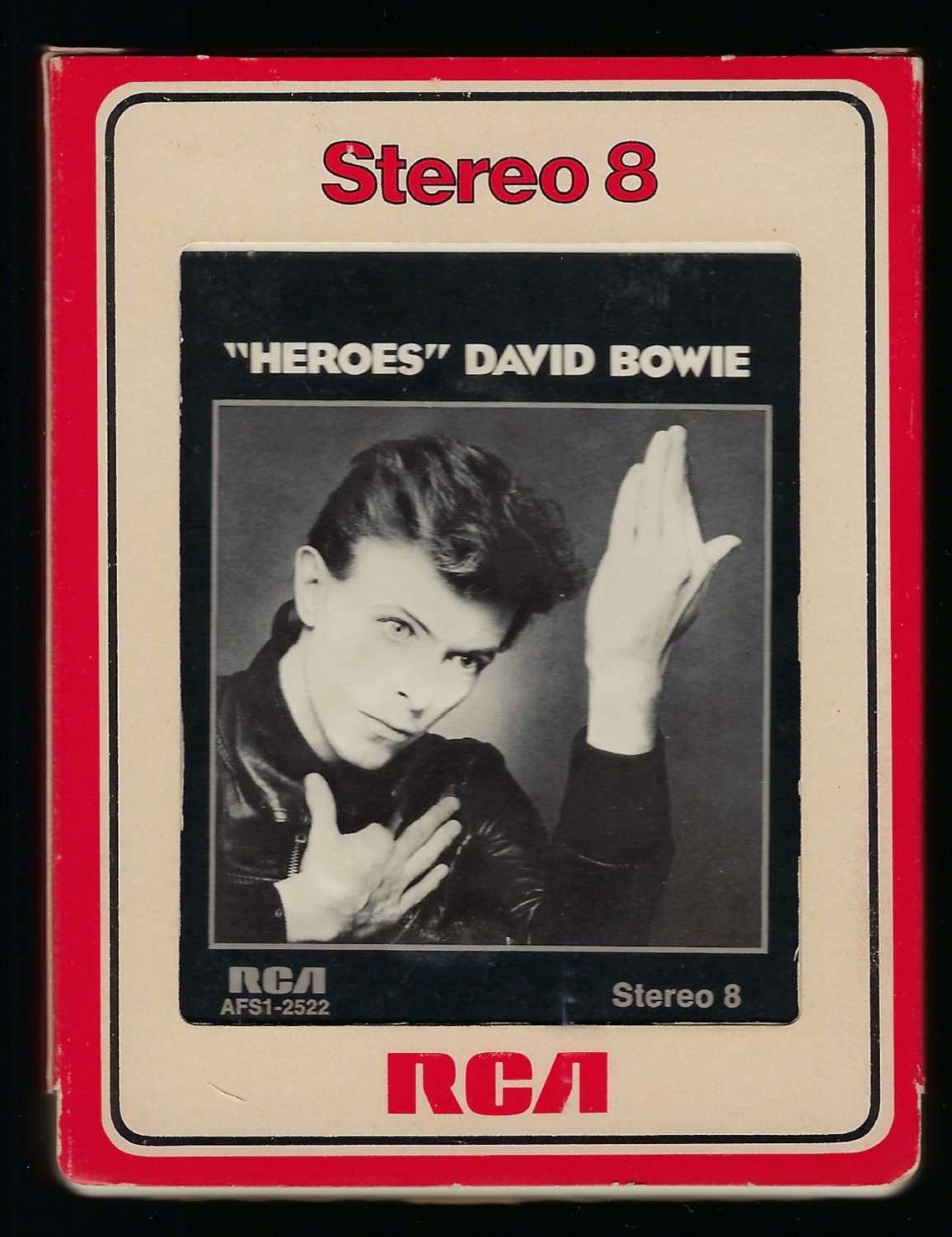 Tweet
"Heroes" is an album by David Bowie, released in 1977. The second installment of his Berlin Trilogy with Brian Eno (the other releases being Low and Lodger) "Heroes" developed the sound of Low in a more positive direction. Of the three albums, it was the most befitting of the appellation "Berlin", being the only one wholly recorded there. The title track remains one of Bowie's best known, a classic story of two lovers who meet at the Berlin Wall. The album is considered one of his best by critics, notably for the contributions of guitarist Robert Fripp who flew in from the U.S. to record his parts in one day. John Lennon was quoted as saying that when making his album Double Fantasy in 1980, his ambition was to "do something as good as 'Heroes'." It was named NME Album of the Year.

David Robert Jones (born 8 January 1947), known by his stage name David Bowie ( /ˈboʊ.i/ BOH-ee), is an English musician, actor, record producer and arranger. A major figure for over four decades in the world of popular music, Bowie is widely regarded as an innovator, particularly for his work in the 1970s. He is known for his distinctive voice as well as the intellectual depth and considerable eclecticism of his work.

Bowie first caught the eye and ear of the public in July 1969, when his song "Space Oddity" reached the top five of the UK Singles Chart. After a three-year period of experimentation he re-emerged in 1972 during the glam rock era with the flamboyant, androgynous alter ego Ziggy Stardust, spearheaded by the hit single "Starman" and the album The Rise and Fall of Ziggy Stardust and the Spiders from Mars. Bowie's impact at that time, as described by biographer David Buckley, "challenged the core belief of the rock music of its day" and "created perhaps the biggest cult in popular culture." The relatively short-lived Ziggy persona proved merely one facet of a career marked by continual reinvention, musical innovation and striking visual presentation.

In 1975, Bowie achieved his first major American crossover success with the number-one single "Fame" and the hit album Young Americans, which the singer characterised as "plastic soul". The sound constituted a radical shift in style that initially alienated many of his UK devotees. He then confounded the expectations of both his record label and his American audiences by recording the minimalist album Low (1977)—the first of three collaborations with Brian Eno over the next two years. The so-called "Berlin Trilogy" albums all reached the UK top five and garnered lasting critical praise.

After uneven commercial success in the late 1970s, Bowie had UK number ones with the 1980 single "Ashes to Ashes", its parent album Scary Monsters (and Super Creeps), and "Under Pressure", a 1981 collaboration with Queen. He then reached a new commercial peak in 1983 with Let's Dance, which yielded several hit singles. Throughout the 1990s and 2000s, Bowie continued to experiment with musical styles, including blue-eyed soul, industrial, adult contemporary, and jungle. His last recorded album was Reality (2003), which was supported by the 2003–04 Reality Tour. He has not performed live since 2006.

Buckley says of Bowie: "His influence has been unique in popular culture—he has permeated and altered more lives than any comparable figure." In the BBC's 2002 poll of the 100 Greatest Britons, Bowie was placed at number 29. Throughout his career, he has sold an estimated 140 million albums. In the UK, he has been awarded nine Platinum album certifications, 11 Gold and eight Silver, and in the US, five Platinum and seven Gold certifications. In 2004, Rolling Stone ranked him 39th on their list of the "100 Greatest Artists of All Time", and 23rd on their list of the best singers of all-time.